Luke Cage Hoodie Jacket. What is the brand of the hoodie jacket that Luke Cage loves to wear on Marvel’s Luke Cage on Netflix. In an interview with Esquire Magazine, Mike Colter reveals that his Luke Cage hoodie jacket is made by Carhartt.

This was confirmed by showrunner Cheo Hodari Coker who had this to say about the Luke Cage hoodie during a ComiCon interview with indiewire.com:

Actually, it is not just a Carhartt hoodie because, in fact, Luke wears more than one hoodie. And, apparently, all of said hoodies are made by Carhartt. [Related: Mike Colter Shirtless Photos.]

For instance, here’s Mike Colter wearing a Carhartt Rain Defender Rutland Thermal Lined Hoodie which you can buy for an affordable $49.99. 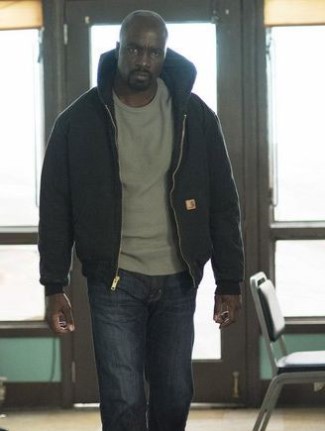 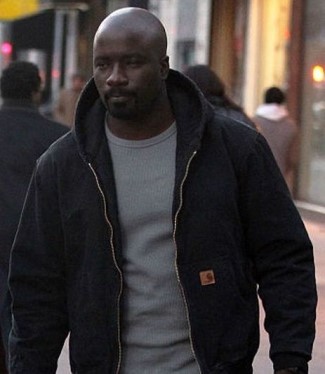 In other scenes Luke Cage is wearing a Carhartt Camo-Print Hoodie. It also sells for less than 50 bucks ($49.99 to be exact). 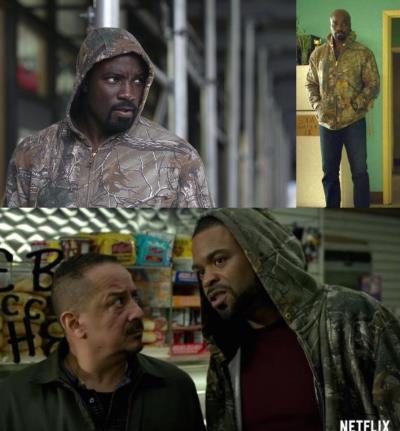 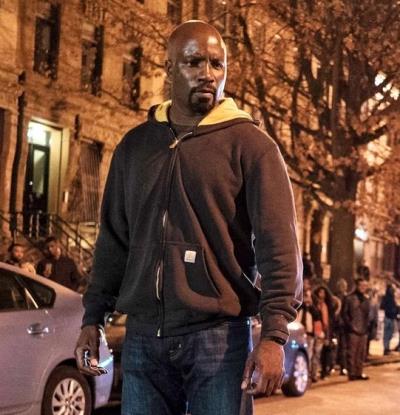 How much would you have to pay to buy this particular badass outfit? It’s a little more expensive than the previous three jackets but it is still pretty affordable at $51.99. By the way, you should know that the outfit is modified because the original does not have a yellow inner lining.

Lastly, here’s Mike Colter as Luke Cage wearing a hooded sweatshirt by Carhartt. Its a Midweight Hooded Pullover Sweatshirt which, like most of the outfits above, you can buy for only $49.99. 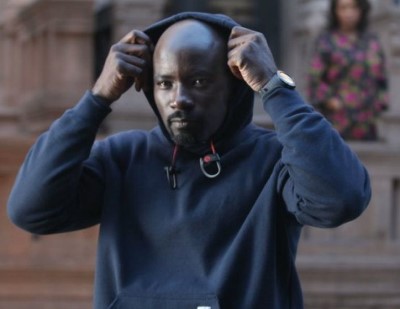 So that’s our Luke Cage hoodie jackets for now. Check out for future updates on the outfits that Mike Colter/Luke Cage wears in Marvel’s Luke Cage on Netflix.