TMZ has the dish: “TMZ has learned the famously tatted MMA badboy was arrested by Tustin police Monday afternoon after they spotted the 6’3”, 235 lb fighter wearing a Long Beach Police Dept. jumpsuit, complete with patches and a cloth badge — a badge only cops are allowed to wear. The officers — the real officers — then searched Kimo’s ride, where they claim to have found “a small amount of what is believed to be meth.”

UPDATE, 27 July 2009: Is Kimo Leopoldo Dead? Nah, some media sources ranging from gossip site TMZ, to the tabloid New York Daily News, to the broadsheet USA Today reported that he died of heart attack complications this week but he’s actually very much alive. Apparently, the media took their cue from unreliable gossip sites and ran on with the “Kim Leopoldo is dead” story which turned out to false.

UPDATE 2, 23 December 2010: Kimo Leopoldo muscle fans who are looking for his underwear photos must content themselves with only one picture. 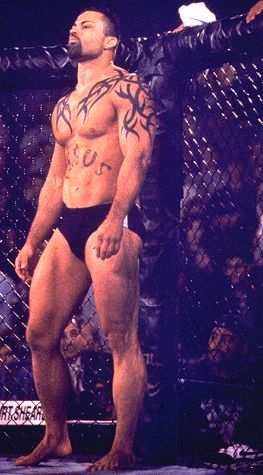 But we do have a gift for you: Kimo Leopoldo in a Santa Claus suit. If this is not cool, we don’t know what is? 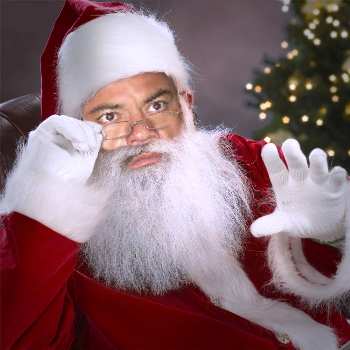 What elevates this photo from “cool” to “awesome” is the fact that Kimo tied up with an organization that helps immobile children and seniors. So, our retired MMA fighter is spending his time helping the sick. Although we were not a fan of his MMA career (because we weren’t interested in MMA back when he was active), we are a fan of the fact that he’s helping some people who need help. Merry Christmas everyone!