Ron Strykert of Men at Work: Arrested For Criminal Threats. Ron Strykert of the Australian band, Men at Work, has been arrested by the Los Angeles police and is currently being held in jail for allegedly making criminal threats. The object of his wrath? Someone who lives in his former home in Hollywood. Bond has been set at $50,000 according to TMZ.

We are doing this update to respond to some of the interesting questions posed by some of you Google visitors. Famewatchers, check out your Google keywords answered by us:

Is Ron Strykert Gay?
We honestly don’t know. He hasn’t said he is so the presumption is he’s not gay. And it wouldn’t matter one whit if it does turn out that he’s gay. Fans love him for his music and that’s all that matters. Right?

Ron Strykert jail
We assume you’re wondering whether Strykert has ever been in jail. The answer? Yes he was arrested and jailed as we stated in the original post. What we didn’t say because we didn’t know this at the time we wrote the post is that the person Ron was threatening to kill is actually his bandmate and Men at Work lead singer Colin Haye. Ron denied making such a threat.

Ron Strykert Young
We’re not sure if there’s a person called Ron Strykert Young or whether you are simply wondering how the Australian guitarist looked like when he was young. In case its the latter, then here’s a picture of Ron when he was a young lad. He kinda resembles Tom Hanks, doesn’t he? 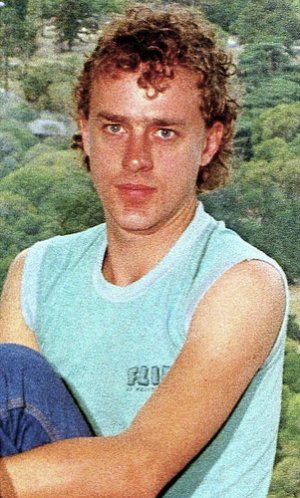 Because we want to balance things out, here’s an “old” or “mature” version of Ron. 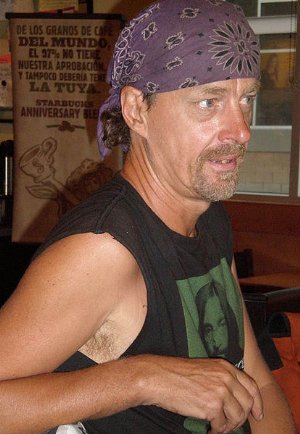 Finally, here’s a pic for those of you who are searching for Ron’s old band, Men at Work. Ron is the pouty dude circled in orange. 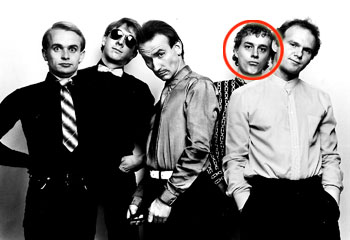