Joshua Ritchie Love Island Hunk in Speedo. We were not planning to blog about Love Island but then we came across these Speedo photos of contestant Joshua Ritchie and we’re like, “Oh my! Count us in. He sure looks good in his Speedos. We hope he’ll keep wearing them on the show.” 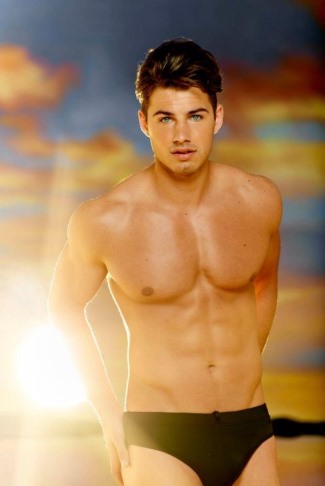 Does his smile remind you of Mario Lopez?

Who says only older men like them their Speedos? Millenials like Joshua love (not to say rock) their Speedos too!!! 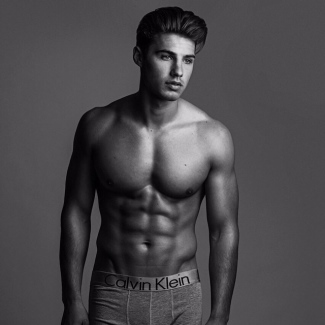 Want to know more about this Speedo-wearin’ guy? Here’s what his ITV profile says about him:

Lancashire lad Joshua is trading in hot pots for patatas bravas in the hope of “pulling a few birds” and taking the Love Island crown.

Ever the romantic, Joshua doesn’t believe in wooing women – or even taking them out, for that matter. “I don’t take girls on dates. It’s a waste of money.”

We have it on good authority that his eyesight can be somewhat lacking at times. “I sometimes see three or four girls at once. But it’s not serious, and I’m officially still single, so they’ve no right to know.”

For those who are wondering what a “joiner” is and what he does exactly, here’s what wikipedia says:

A joiner is an artisan who builds things by joining pieces of wood, particularly lighter and more ornamental work than that done by a carpenter, including furniture and the “fittings” of a house, ship, etc.

Please tell us we’re not the only ones whose imaginative minds went, “Well, we sure would like Joshua’s piece of wood joined with our “fittings”.” Hehehe. Will he find a girlfriend (or maybe a boyfriend?) on the Island?

Okay, that’s it for now, fellow Famewatchers. We hope to update this post if there are important Joshua Ritchie updates on the Love Island. We hope said updates involve him walking around in his Speedos or his Calvin Klein underwear. Wink. Wink.