Jonathan Bennett Gay Proof: Boyfriend of Copycat Host Is…? It’s #throwbackthursday here on Famewatcher and we are republishing this post simply to say that we were right all along. Haha. He came out to the public three years after we posted this and he is now in a relationship with Jaymes Vaughan, the Chippendales Dancer who did well on The Amazing Race, and who’s now an actor.

…..
Jonathan Bennett Sexy Hairy Chest (22 July 2014). Does Jonathan Bennett have the sexiest chest hair in Hollywood or what? We think he does! We are fans of men with chest hair but we want the hair to be under control. You know, like grass on your lawn.

You don’t cut the grass down to its roots but, at the same time, you don’t leave your grass un-mowed they become offensive to the eyes. Jonathan Bennett’s chest hair in the pic above is the kind we want on our man: trimmed, clean, and masculine. 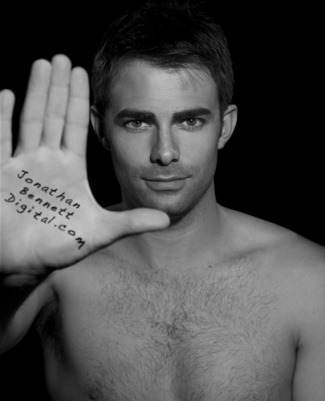 For those of you who don’t like to follow the link above, here’s the video of Nathaniel talking about who he would go gay for and, accidentally, revealing something about Jonathan’s sexuality. Watch:

Here’s what Nathaniel said during a talk in Melbourne: … I was actually with another guy called Jonathan Bennett who is gay…… (realizes what he said, pauses, and goes) … oooooohhhh.

Here’s Jonathan and Nathaniel hanging out in what looks like a sports event: 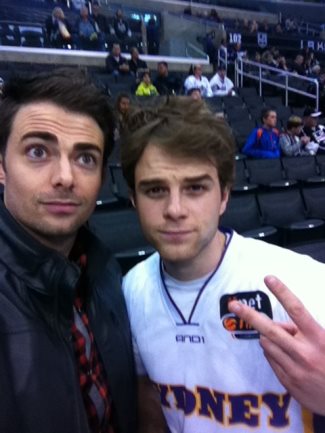 Anyhoo, for those of you who are not convinced by the video, here are some “proof” we collected which indicates that Jonathan is gay.

1. He is a friend of Kathy Griffin who seems to be the gal in Hollywood who are friends with gay guys who are not out in public but are out to some people close to them. We are looking at you pre-coming out Anderson Cooper and Lance Bass. 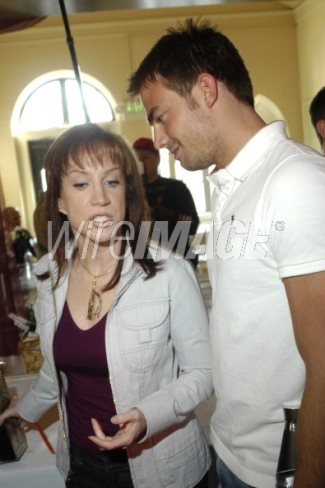 2. He likes to wear body-hugging V-Neck shirts. According to the Malaysian education department, this fashion choice is a sign of gayness. Silly for sure but there may be a truth to what they are saying. Hehe. 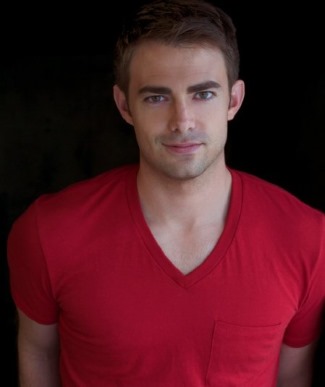 3. He was rumored to be the boyfriend of Matt Dallas who, last year, did come out as gay. Matt is now engaged to singer/songwriter Blue Hamilton. Here’s Jonathan and Matt before they reportedly broke up. 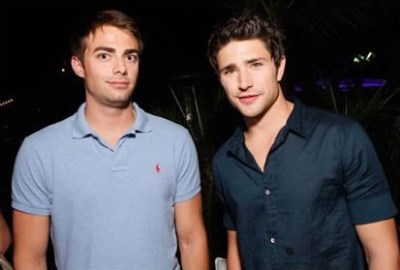 Other rumored Jonathan Bennett boyfriends include: Lance Bass and a model named Travis Bryant. We are not sure if this is the Travis mentioned. 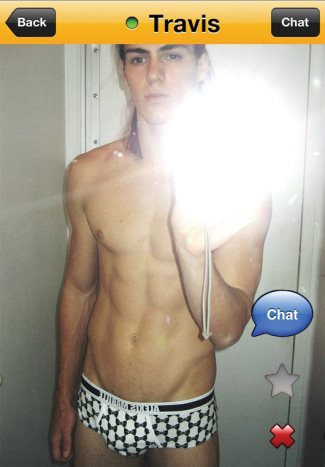 4. According to Perez Hilton, Jonathan used to have an account on the hook-up site Mandate. He must have wisely deleted said account because its no longer there.

5. Internet rumors about Jonathan having a boyfriend includes this story by a person who claims to have worked with our handsome actor in the 2006 straight-to-video-movie, Bachelor Party Vegas (via datalounge.com):

… it was an actor named Jonathan Bennett. He’s had an up and down career, but most people know him from Mean Girls. It’s pretty well known in the business that he has gay proclivities, but often has a beard for public situations. I was involved with him and a few other people while working on a straight to video movie called Bachelor Party Vegas. Terrible project, low budget. The location schedule was like two weeks, and the budget equally tight. Jon’s boyfriend at the time was on set and spent a good deal of time with him at the hotel.

We don’t know if Jonathan Bennett is dating anyone at the moment but we won’t mind it if he is seeing our imaginary boyfriend Robbie Amell should it turn out that our Robbie is also a friend of Kathy/Dorothy. 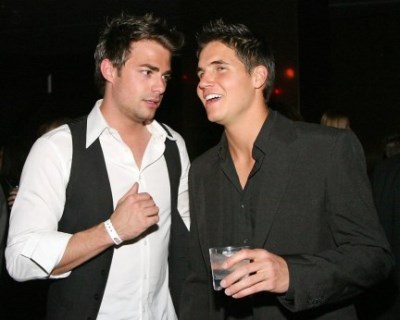 Don’t they look great together? See more of Robbie in an earlier post: Robbie Amell Shirtless.

By the way, for those of you who are wondering about what Jonathan Bennett is doing now, you’d be happy to know that he’s got a gig as the host of the karaoke show, Copycat, on MTV.