Jonathan Bennett Boyfriend Jaymes Vaughn. Oh my, two of our imaginary celebrity boyfriends have ended up as boyfriends to each other. We are referring, of course, to actor Jonathan Bennett and Amazing Race star turned TV host Jaymes Vaughn. We are very very happy for them. And we are keeping our fingers crossed that wedding bells will be ringing for these two lovebirds. They really look good together, don’t they? 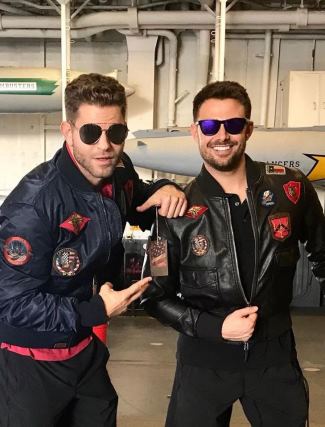 Anyhoo, we of course knew that Jaymes is gay because he was out when he competed in the Amazing Race with his friend and fellow Chippendales dancer James Davis. They were a good pair and we really wanted them to win so we were bummed when they did not. If we remember correctly, they either placed second or third.

Jonathan Bennett has not been publicly out prior to this revelation about his relationship with Jaymes but he was out to his friends. As we wrote in a previous post, he’s a friend of Kathy Griffin and a friend of Kathy is more likely (rather than less likely) to be a friend of Dorothy.

So how do we know that Jonathan and Jaymes are boyfriends to each other? Through their Instagram pages, of course, where they are whispering sweet nothings to each other. For instance, we have this “love you” message from the Mean Girls star to his beau. 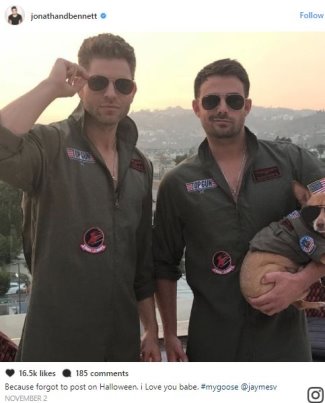 Then Jaymes posted this message from Jonathan about what they meant to each other. Read: 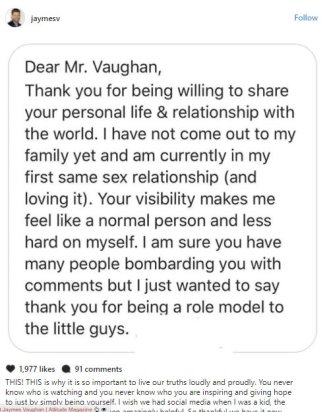 Hmmmm. Are we the only ones surprised that, apparently, this is the first time our Jonathan is in a relationship with a dude? We thought he was dipping it and doing it with the other tall drinks of water in Hollywood but he must be the relationship kind of guy and not a mansl*t like our friend Kevin. Sorry, Kev, but you use that word to describe yourself. Hehe. 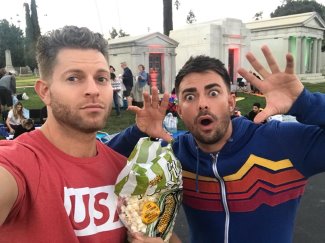 Anyhoo, congratulations again to Jonathan and Jaymes. Props to Jaymes to for landing a hosting gig at Celebrity Page TV. We love his appearance on the Wendy Williams show and we hope he goes there more often.

Question: Who is the hotter boyfriend? It is hard to pick because both of them are gorgeous to look at. 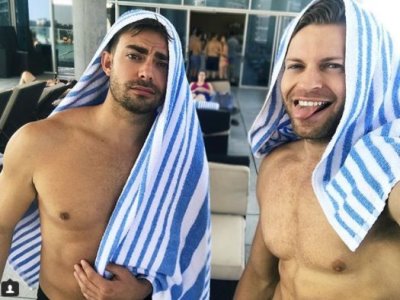 We give the edge to Jaymes though because he is more likely to go shirtless. Hehe. 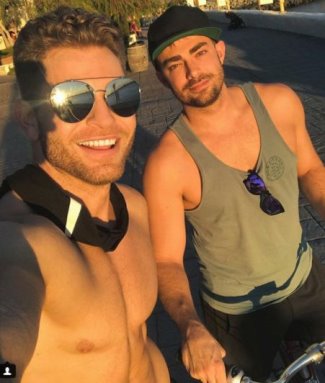