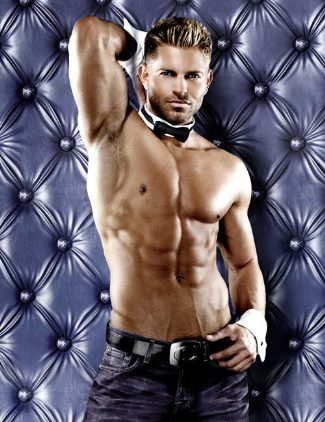 Thankfully, we don’t have to rely on statistical probabilities because one of the dancers actually came out.

His name is Jaymes Vaughan and, if you are a fan of best reality show on television, Amazing Race, you will soon be seeing him in the show’s next season which will air beginning September 30.

Jaymes will be racing with another abs-tastic Chippendales dancer, James Davis. Jaymes and James are best friends. We’d like to think that they are also workout buddies because, boy, look at their washboard abs. 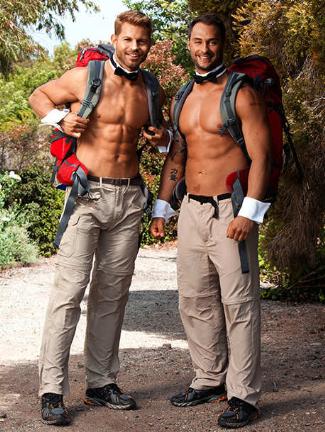 We hope this two will do well because we love us our guycandies on our teeveee. Seriously, who does not?

Anyhoo, as we were saying at the beginning of this post, our hunky gorgeous Jaymes is out and proud.

How do we know this? Because he came out on qvegas.com in December last year: “I hope to be able to take advantage of a platform so that my fourteen-year-old self that was sitting in Chesterfield County, Virginia, might find some hope.”

He adds: “The fourteen year old that had no one to look up to; whose mama told him he better not be gay; whose church told him he was going to hell; whose best friend killed himself because he didn’t ‘fit in’. Because he didn’t have any hope. I thought for so long you had to cover up who you were to be successful. I’ve realized you can be more successful by being yourself.”

Good for you Jaymes!!! He was already out to his parents and friends so the magazine interview must not have surprised them.

By the way, James is not the first Chippendales dancer to come out. Brandon Pereyda came out earlier in 2008 in an interview with Instinct Magazine.