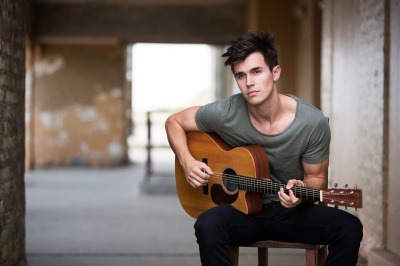 John Martin Sexy Voice Hot Body. Holy canoly. We think we found our Dez Duron on the seventh installment of The Voice. His name is John Martin. He’s got model good looks, he knows how to sing, and — like Season 3’s Dez before him — he looks good in plain T-shirt and jeans. We’re liking him already.

But wait, there’s one more reason to like John Martin, and this one will put him a step ahead Dez in our book: He’s got bulging biceps developed from his job as a forklift operator. How cool is that? 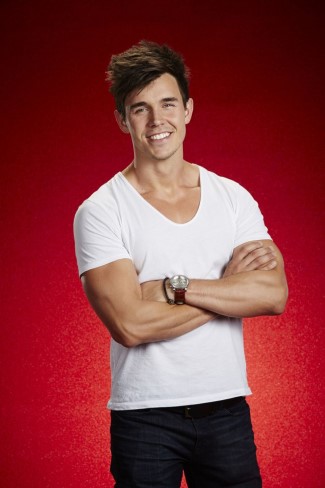 Can He Sing? Of course he can! Otherwise, three chairs would not be turning for him, right? We’re hoping he makes it all the way to the finale (partly because we love to have some guycandy to root for) but reviewers are not as enthusiastic about him as we are here at Famewatcher.

Check out what others are saying about John’s blind audition:

Carter Matt: John Martin, “Sweet Pea” – A very sweet, commercial singer. He is someone who is basically perfect for Blake Shelton’s team when you think about it. He may not be in the perfect genre, but he can still give him the sort of music that most of America knows and loves already.

Michael Slezak of TVLine: John Martin, “Sweet Pea” (Team Blake) – Forklift operator by day, but with a face so pretty and a swoop of hair so perfect it’d make Harry Styles envious. Alas, though, John’s choice and delivery of “Sweet Pea” was so twee, so clearly calculated to melt hearts and influence future voting patterns, that it lacked a certain sense of authenticity and connectedness. He’s not a bad singer, and his falsetto flourishes were solid, but I can’t say I’d be crushed if he was eliminated montage-style in the Battles.