Mike Colter Shirtless Photos. Famewatchers who are fans of Mike Colter as Luke Cage on the Netflix show, we bring you your idol’s shirtless photos. Does he have the best physique in Hollywood or what? No wonder Jessica Jones just have to hit it. 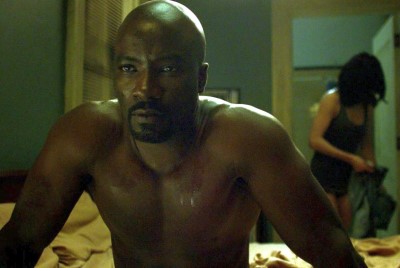 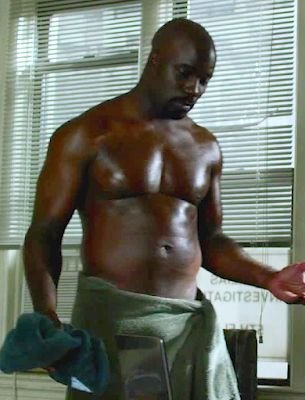 The last but not the least. 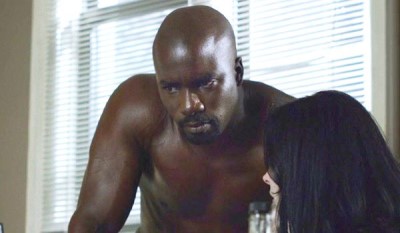 Okay, maybe that is not the last. We will be on the lookout for more shirtlessness courtesy of our superhero hunk and add them in the future. For another shirtless Netflix/Marvel superhero actor, check out our post on Charlie Cox shirtless.

So how does it feel to play a superhero? Well, Mike tells us in his interview with Esquire Magazine:

Luke is a pretty reluctant superhero. How did you feel about taking on this role?
For me, it was the best of both worlds. I did want to play a superhero. I mean, who doesn’t when you’re a kid? I would have loved to be a superhero. But as I’d gotten older, I wasn’t ready to jump into tights and put the cape on. I was hoping to play something a little more grounded and realistic. That’s what happened to me and it’s a great opportunity to play a guy who looks like people who walk the streets and they can relate too.

Mike Colter Gay or Straight? He is straight. And married to wife Iva Colter. The two meet when they were still students at Rutgers University where he obtained a Master of Fine Arts (MFA) degree in acting. Here’s a photo of the lovely couple. The two have a one-year-old daughter. 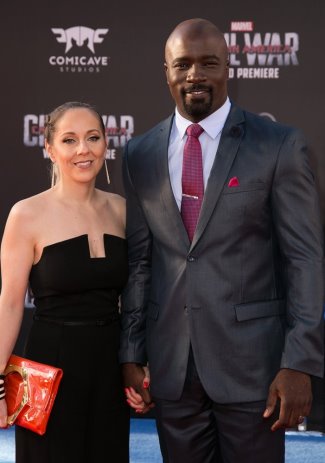 In conclusion, let us end this post with our favorite Mike Colter photo.

Who knew we’d get excited over a man in jeans and sweater cardigan? Before now, only men wearing the right suit could give us a thrill up our legs. You know, a-la CNN’s Chris Matthews. Hehe.