Jermelle Simon Shirtless, Girlfriend, Underwear Selfie. Today in black male celebrities, we bring you Jermelle Simon who will be starring in an upcoming Netflix sitcom called The Upshaws which is about a “working-class African American family in Indiana struggling to make it work and make it right without any blueprints”.

Jermelle will be co-starring with industry veterans like Famewatcher favorite Wanda Sykes and Mike Epps who’ll be playing a husband and wife team with Jermelle as one of their kids. Here’s father and son —  i.e., Mike Epps as Bernard Sr. and Jermelle as Bernard Jr. — chillin’ in the garage: 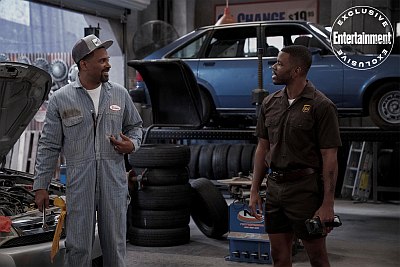 The Upshaws is Jermelle’s most prominent acting project to date but he’s already starred in eight other movies and TV shows.

Jermelle Simon Shirtless and Underwear Photos. Now, we know that lots of Famewatchers are thirsty hos who know how to appreciate shirtless celebrities so here are some shirtless pics featuring our up-and-coming actor. We grabbed these images from his Instagram page which you might want to follow @jermellesimon. 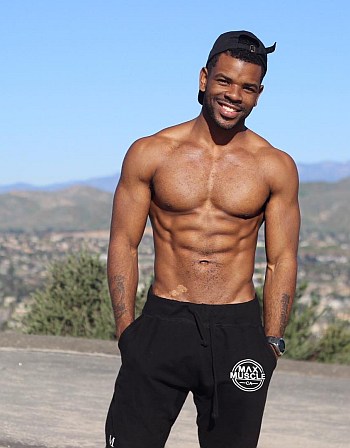 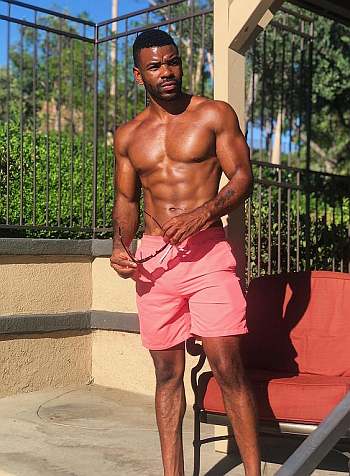 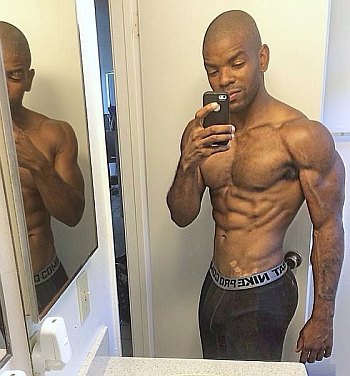 Does he have one of the world’s best washboard abs or what? Apparently, aside from being an actor, he is also a physical trainer certified by the National Academy of Sports Medicine (NASM): 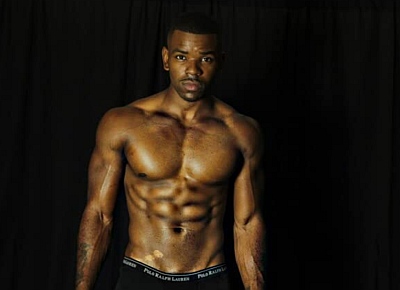 More about the guy from his profile on thefitexpo.com: “Jermelle, also known as J-Rambo, has been a NASM certified trainer for more than 5 years. His passion for fitness grew after he hired a trainer himself for an acting role. That experienced turned him into a fitness fiend. Each class of Jermelle’s is composed of fitness, entertainment, motivation and lots of energy. He’s a father, he’s an actor, and he’ll soon be one of your favorite Inspire Fitness Studios trainers.”

Jermelle Simon Wife or Girlfriend? It’s mentioned above that he’s a dad, does this mean he is married? We have no answer as to his relationship status at this time but we will update this post once we have the information in the future. 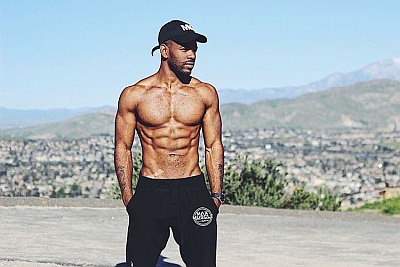 Jermelle Simon, The Fashion Model. While looking at the next photos below on his Insta we were like, “Wow. He really knows how to style himself. Usually, its a challenge to find an actor who knows how to put things together looks-wise but Jermelle is doing it in style.” 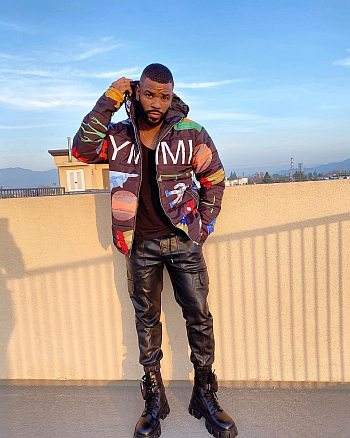 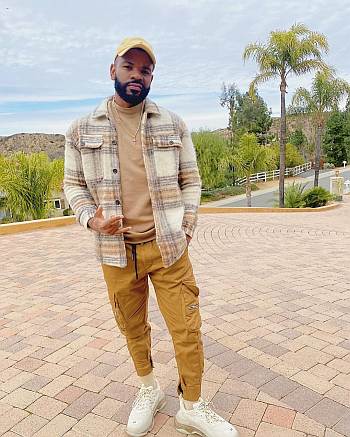 He’s rocking his suit and tie too when he attended an NAACP Image Award: 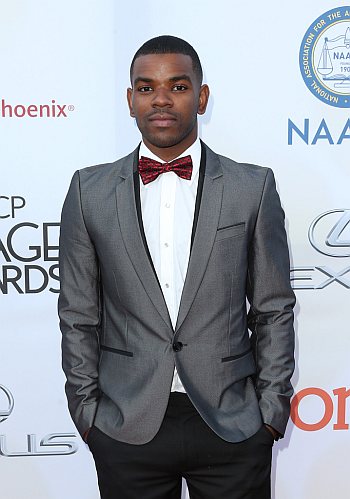 Damn. You know a guy is sculpted like a Greek god if you can still see his well-defined abs underneath his shirt. 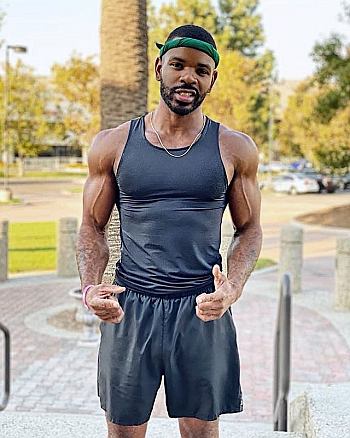