Jens Fredrik Karlsson Shirtless in Underwear: Swedish Hockey Player. If you think we’re done blogging about hot hockey hunks you, our good friend, are mistaken. We will continue to blog about hockey players as long as we find photos of them posing in their underwear. Like Swedish left winger Jens Fredrik Karlsson for instance. 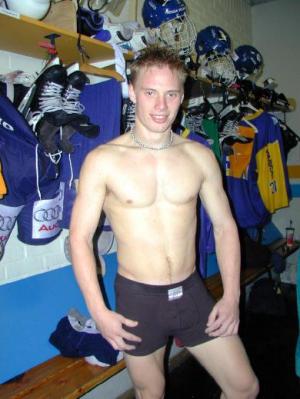 He’s kinda boyish in the picture taken some years ago but he should have aged a bit. He’s cute, no? Yay for Swedish men who have no problem dropping their trousers.

So which hockey team did our Jens play for? He was picked in the first round (18th overall) by the Los Angeles Kings during the 2001 NHL draft but he, apparently, did not sign up and so he never played in the National Hockey League or NHL. The fact that he never set foot on an NHL hockey rink prompted the folks at the Bleacher Report to include him in their list of the “25 Worst First-Round Picks of the Last 10 Years”. 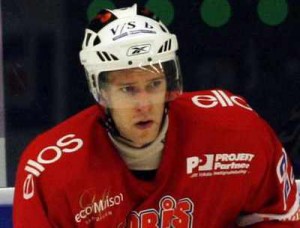 Why didn’t he sign a contract with the LA Kings? Maybe because it’s way cooler to play hockey in Sweden than in California? Take that, US of A. Anyhoo, in Sweden, our left winger played for several teams such as Elitserien for Frölunda HC and HV71 as well as Rögle BK in HockeyAllsvenskan. He’s currently hitting pucks with Borås HC. 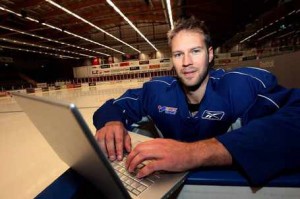 Man, those hands are huge. Who know what they say about men with large hands right? They have big ….. gloves.

Does Jens have a girlfriend? Or maybe a wife? Or maybe he is not into girls but have a boyfriend instead? Sadly, we have no information on these matters. But we plan to update this post once we do find out more about our Swedish hockey hunk’s relationship status. Now, if you happen to know the answer, then do share the info in the comments section.