Blake Lively Fashion Style: Leather Jacket and Black Mini-Dress. Want more female celebrities wearing leather jackets? Well, let’s add Gossip Girl’s Blake Lively to the list of leather-loving celebs who are ignoring Amanda Beard and PETA’s call for a leather/fur-free world. Anyhoo, is Blake’s green leather coat more chic (or is it chicer?) than the ones worn by Lindsay Lohan and Kelly Osbourne? We think so. You agree, right? 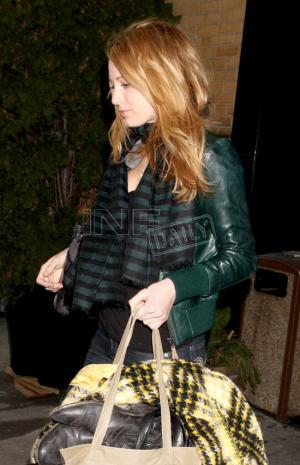 Nice pick, Blake. You’ve got nice fashion taste. Now, will you please keep your hands off our Penn Badgley? Joke.

Black Mini Dress for Blake Lively (posted: 30 September 2010). Blake Lively rocks her little mini black dress during a recent David Letterman Show appearance. She was at David’s show to promote The Town, a movie directed by Ben Affleck which is fast becoming an Oscar Award favorite. 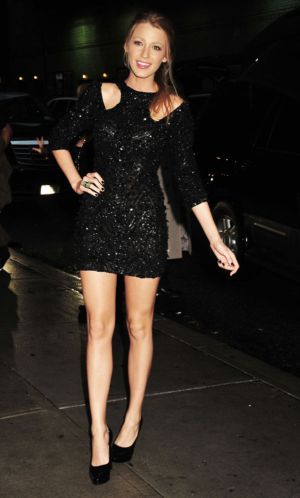 Anyhoo, here’s more pics of Blake posing for the camera in her little black dress. The girl sure is working it, isn’t she? 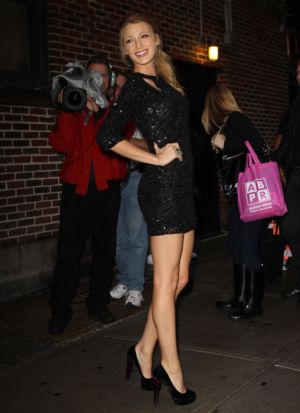 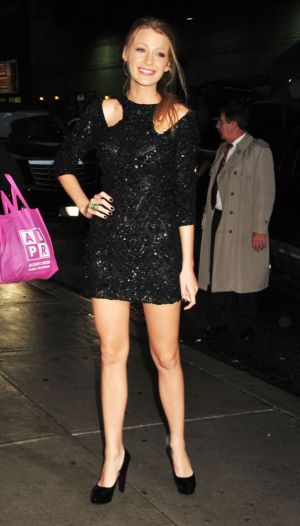 UPDATE: Looks like everything is coming up roses in the career department for Blake Lively. She is slowly but surely transforming from a television star to a legit movie actress. You might have heard that she’s cast in an awesome movie called The Town directed by Ben Affleck. The movie is getting rave reviews from critics and Blake is getting noticed for her performance. She just might be the Gossip Girl star who can become a movie actor. We thought it would be the boys – Chace Crawford, Penn Badgely, and Ed Westwick – who will do that but it looks like its going to be Blake who will break out. Update to the update: Damn, the reviews got it right. The Town is really a great movie and Blake did a great job. We won’t be surprised if she receives some nominations from award giving bodies.