Jedward Style Watch 2019 Update. How’s our favorite Irish twins doing these days? Well, they’re still rocking their outfits and they continue to chug along making a name for themselves in the biz. For instance, they were cast in Sharknado 3 and the producers must have loved them because they appeared in the 4th and 5th installments in the movie franchise. 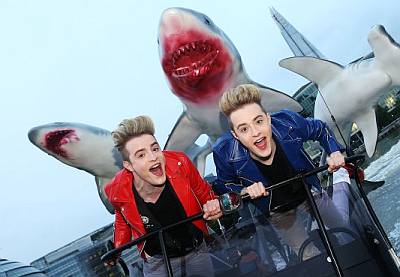 Two years ago, our Irish cuties also made it all the way to second place in the 19th season of Celebrity Big Brother? Not bad for a pair of Irish lads who made us happy for annoying Simon Cowell. On the music front, the boys are still at it with their music career and recently toured Ireland and the UK.

However, it’s not all good news for John and Edward as they lost their mom to cancer early this year.

We Love You Mammy ❤️ Susanna to the world. Mammy was a Loving mom and always there in our life and gave us the space to find ourselves in the world and will always be a part of our life and our future in everything that we do. You can now be at peace with your mom and dad Susan and Kevin our granny and grandad We will always remember your heart warming smile and the sound of joy from your laughter. You were not only our mom but the core to the whole family. People who knew you personally as a friend respected your loyalty and presence. We can still hear you talking in our thoughts saying good night John, good night Edward, good night Kevin. We will always admire you for your honesty and love. Every song we created and all the projects were from your vision and heart. Mammy you will always be our best friend and your genuine goodness will be missed. You had an endless joy for life. Everyone knew you had a luminous quality of thoughtfulness and selflessness. You never wanted anyone to know the suffering you were going through and for them to only see the smile on your face. The impact you made in your life reflected on everyone who knew you. You helped so much people being a teacher with your creative outlook and imagination. Thank you for shaping the character of us and so many of your students. You lived with cancer for many years but your passing was unexpected because you had overcome so many struggles and health complications. Mammy taught us how to deal with life and never let anyone say a bad word about us and always stood up for us and to take on life by being a free spirit. Mammy you had the Determination that we will take into our lives. Mammy had all the character of who she was up until her last breath. Mammy’s life doesn’t end here because everything she was, lives on through all of us in our memories. Today is not just a goodbye but a celebration of a great person for making us smile, for looking after us all and brightening our life. You will be missed to infinity ❤️ Thinking of you always John, Edward and Kevin your three sons

Our belated condolences to our favorite Irish boys.

…..
Jedward Style Watch: They’re Rocking Their Suits. (1 December 2009). Today in Jedward fashion watch, we bring you John and Edward Grimes looking all serious and businesslike in their suit and tie. Props to their stylist for giving them a really nice makeover. 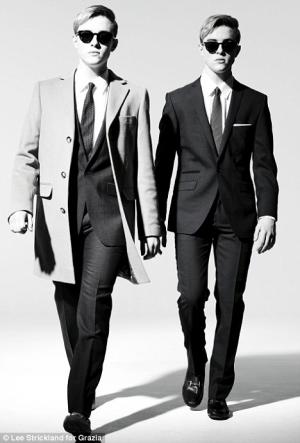 However, we hope this is temporary because we want our Jedward wacky, full of fun, and hopefully pissing off The Simon Cowell. Go, Jedward!

…..
Jedward Grimes in The Hobbit and Harry Potter Movies? (02 February 2010). Our favorite Irish twins, John and Edward Grimes, might have the last laugh after all. Well, maybe not. Let’s not count the eggs before they’re laid. But according to the Daily Mail, the Grimes Twins are reportedly being considered for the movie version of The Hobbit as well as the last Harry Potter movie. Let’s keep our fingers crossed that it will happen. 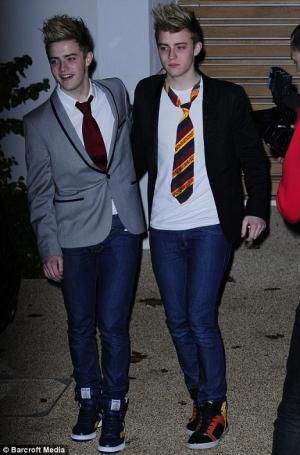 …..
John and Edward Grimes New Hairstyles (23 October 2009). Holy canoly, one of the Grimes Twins has got himself a new hairstyle. And it suits him better than the spiky hair he used to wear and which his brother decided to keep. Obviously, this is to help fans identity who is who but, truth be told, we don’t know who is John and who is Edward in the photo. Can you tell us who is who? 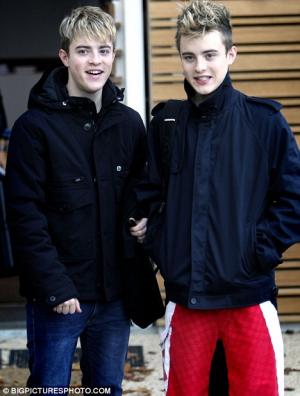 By the way, we are fans of these boys (anyone who annoys Simon Cowell is fine by us) but we are not digging the red pair of pants one of them is wearing. We’re weirded out by that black color between his legs.

…..
Skinny Jeans for Teens: John and Edward Grimes (14 October 2009). Are seventeen-year-old twin brothers, John and Edward Grimes, going to be the British version of the Jonas Brothers? Like the Jonas Brothers, they inspire passionate debate about their “talent”. And like the Jonases, the Grimes twins appear to have a thing for skinny jeans which, to their credit, suits them quite nicely.

Oh, and we also gotta give props to the twins for their spiky hair. It looks trollish and silly but the boys somehow manage to look good and interesting with that kind of hair. So its a hairstyle that’s awesome-silly not one that makes us go, “If you’re gonna show up again with that kind of hair, we’re going to pull it out of your head and make you bald”. Or something like that.