Bono Shirtless Photos Update. Who says there ain’t no more Bono shirtless pics? We bring you more Bono topless images to continue the young vs old Bono “who’s hotter” debate. As mentioned, Deena is a fan of young Bono. Meanwhile, our friend Kevin has weighed in on the issue and picked the older Bono and called the singer a “hot daddy”. Yours truly remain undecided between young and old Bonos. 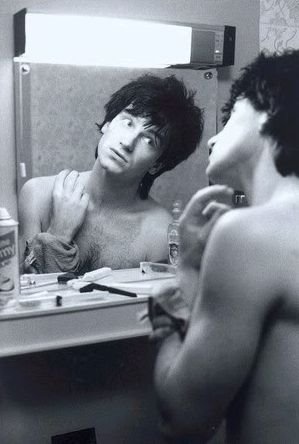 Of course he wore leather pants. 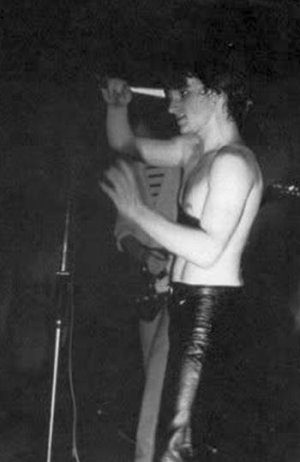 Young Bono back in the days when young men haven’t heard of the word “manscaping”. 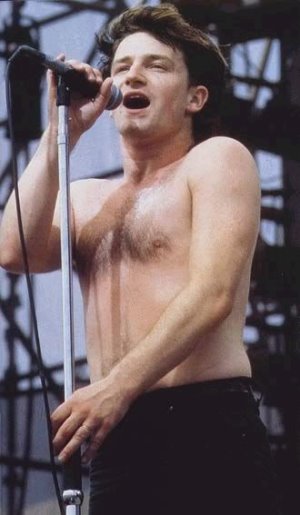 And here are some recent topless photos of our international rock star: 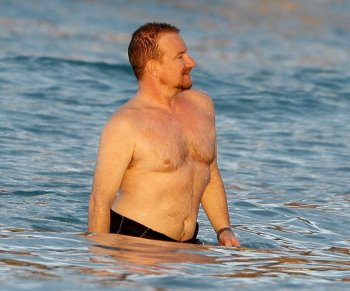 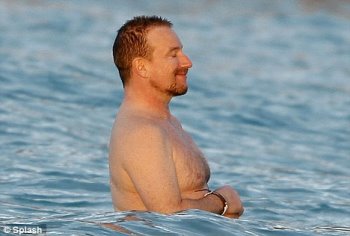 …..
Bono Shirtless Photos: Young vs Old Bono – Then and Now (posted 14 March 2012). Who’s hotter? The young guy that Bono once was or the older man that he has become? We like our imaginary celebrity boyfriends to be “more seasoned” so we prefer the older dude in him. But that’s us. Our friend Deena, on the other hand, likes her her sprightly young men so you’d know who she prefers. Yeah, even if they have crazy 1980s hair like Bono. 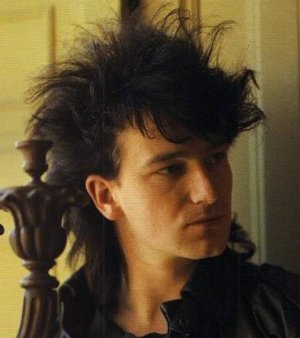 Really Deena, you think this hair is cool and hawt? 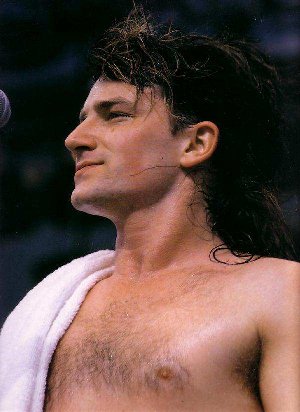 But to be fair, he left his chest hair unshaved when he was young which is kind of cool. Really, we don’t get the manscaping thing that the likes of David Beckham and Ryan Seacrest are fond of. Metrosexuals are sooo 2005. Bring back the hairy chests, people.

Never noticed that Bono has a nice chin dimple going for him. Now, that’s actually s*xy. 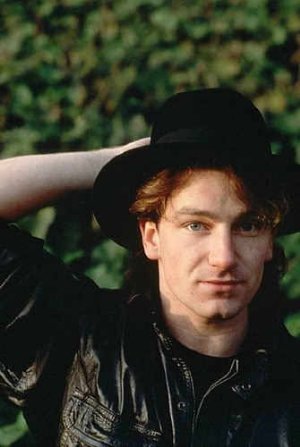 So what does a shirtless Bono look like now that he’s older? Hah! Check him out! Didn’t we say he’s hotter than when he was young? 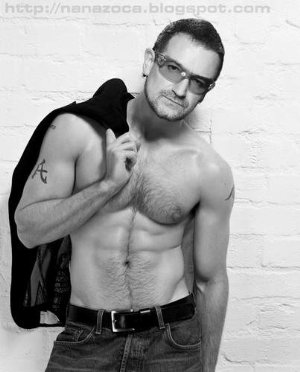 Haha. Actually, that’s Bono’s face but the body is someone else — we’ve seen the body before but can’t remember the face but he’s one of the upcoming action stars of Hollywood, Chris something. Well, you can see a shirtless older Bono in our original post below.

He may have a midsection bulge that older guys are cursed with but he still rocks his leather jacket and jeans (by Rock and Republic). 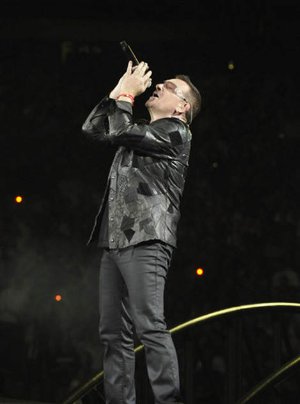 And his eyewear is always fabulous like this Emporio Armani 9285 sunglass he’s wearing. 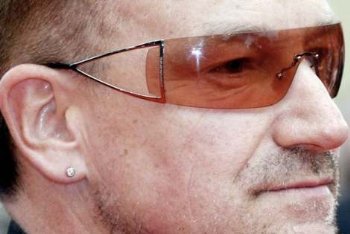 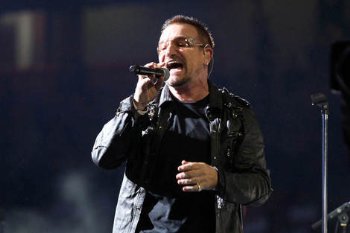 …..
Bono Shirtless in Barbados (09 April 2009). Are we being disrespectful of our idol, Bono, if we publish this not too flattering photo of him from somewhere in Barbados. Nah, we think Bono is too big to be offended. Hehe. Besides, this is something all guys do, right? Ordinary guys do it. We won’t be surprised if our favorite politician, the wacky Prime Minister of Italy, does it. Other male celebrities do it. So we give Bono a pass for doing this thing. In public. 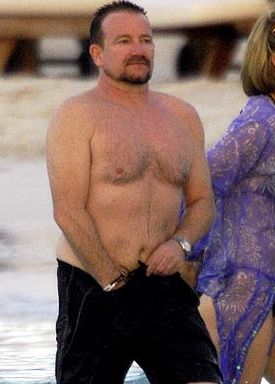 Anyways, be sure you check out U2’s newest hits particularly Moment of Surrender (which we really, really like) and Cedars of Lebanon which we also like. Oh, and make sure you don’t miss this, here’s Bono and the guys singing Breathe on the Letterman Show.