JD Roberto Gay or Straight? We are updating this post because some of you, fellow Famewatchers, are wondering whether TV host JD Roberto is gay or straight?

Well, despite his impeccable fashion sense and his love for body-hugging V-neck shirts, our Emmy-nominated TV hunk is as straight as an arrow. In fact, he’s been married to wife Karen since 1999 and they have a child together named Enzo. We hope we clarified the matter, eh? 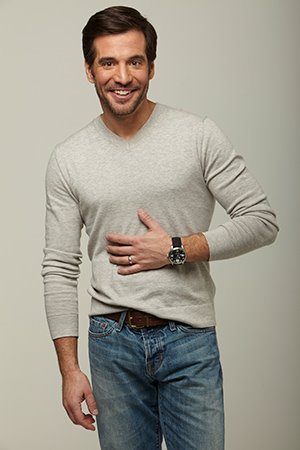 Let us end his update with a fabulous photo of JD rocking his very tight shirt.

….
JD Roberto TV Hunk in Body-Hugging Shirt. John David “JD” Roberto, host of several television shows such as How to Get the Guy shows off his great physical shape with his body-hugging shirt. He’s kind of hot, no? 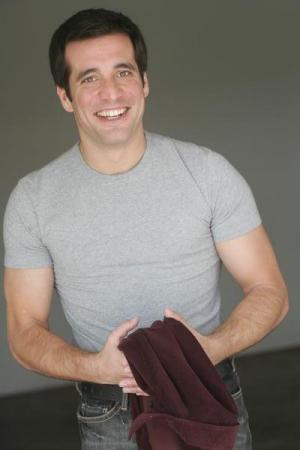 Hell, yeah. He’s such a hottie. However, unless JD sheds them tight shirt of his to show us his upper body, we will continue to rank David Salmoni as the hottest TV host ever. Seriously, we still haven’t found any TV host who looks oh-so-good in his shirtless jeans or one who looks so yummy in his athletic shirts. So JD, are you going to leave David unchallenged as the hottest TV host ever? Come on, now.

Anyhoo, fellow Famewatchers, did you know that our JD here is not only a hottie but that he’s also some kind of a badass? How much of a badass is he? Well, he is “every-inch-a-badass” which is what we call them stuntmen, you know, the ones who actually do the dangerous action scenes in the movies.

Now, if you think our JD is only about kicking some movie asses, it might interest you to know that he’s also some kind of a nerd. He’s a nerd who kicks ass which should be a very lethal combination. Why is he a nerd? Well, it’s because he not only has a Bachelor of Fine Arts degree (from NYU’s Tisch School of the Arts) he also holds a master’s degree from the University of British Columbia. You shouldn’t be surprised if he goes for a doctorate degree too.