Here’s what Jolie says about the actor in an interview with The Daily Telegraph: “Oh, I love Jai. Jai has such a great energy. When you bring a bunch of guys together, you really notice those who are the team leaders, and who rally everyone. They have great energy, and great humour, and a great masculinity, and he is one of those — he’s a man among men. He brought so much personality and humour, and as a person, he is naturally, so interesting and so masculine. He really feels like a man of that time — of the 1940s. But he was great to work with, and I hope to work with him again.”

Jai, for his part, is impressed with the Academy Award-winning actress: “Angelina is an incredibly grounded, generous, intelligent person – I think she has really found a new home in the director’s chair.”

Things are coming up roses for Jai in the acting front because, aside from Unbroken, he’s also starring in other big Hollywood productions scheduled for release in 2014/2015. Jai’s movie projects include Arnold Schwarzenegger’s Terminator: Genisys, Insurgent (the second installment of the Divergent series), and The Water Diviner which is directed by Russell Crowe.

Jai Courtney Underwear Model. Jai is also making waves in the modeling front having signed a deal to be the face of Bonds’ Spring/Summer 2015 campaign. Check him out in his boxer briefs: 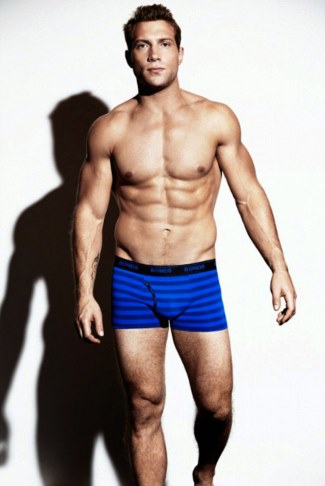 For another celebrity modeling Bonds underwear, go check out Nick Kyrgios as a Bonds Underwear Model. Meantime, here’s our Jai looking good in his loincloth (?) on the TV series Spartacus. 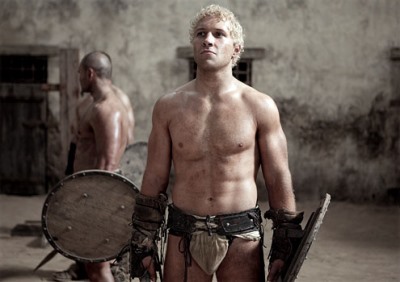 He’s got some of the world’s best abs, doesn’t he? 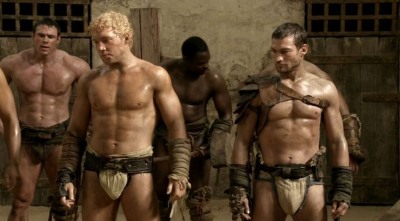 Is Jai Courtney Gay or Straight? Relationship Status? He is straight and is currently dating girlfriend Mecki Dent whom he describes as the woman of his dreams. Here’s a photo of the lovebirds attending the premiere of the movie Semper Fi where he played one of the leads. 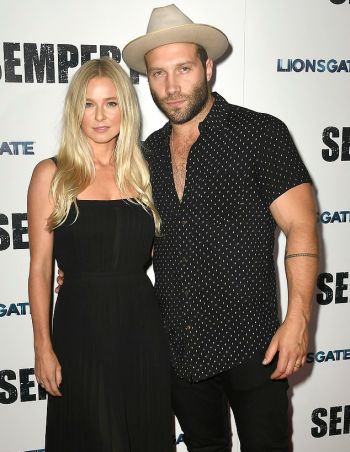 The Aussie hunk’s previous girlfriends include Thai-Aussie actress Gemma Pranita; they were in a relationship from 2006 to 2014. 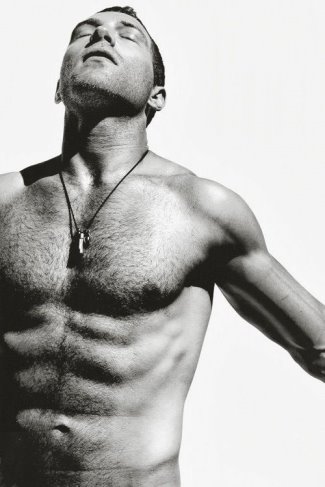 He sure is very manly, ain’t he? Let’s end this post with another pic of Jai in a pair of boxer briefs underwear: 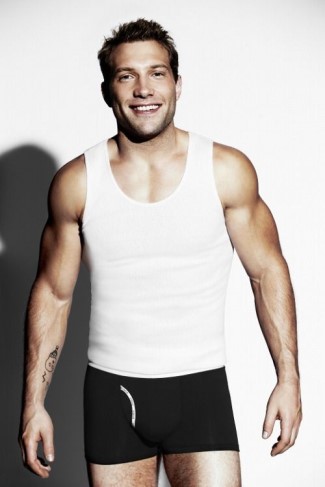