Brady Anderson Gay or Straight? Shirtless and Underwear Photos. If a fit handsome guy goes around town rollerblading shirtless, is this evidence that he is gay? We ask because our friend Kevin insists that the photo above of former pro-baseball player Brady Anderson is 100% proof that he is gay. 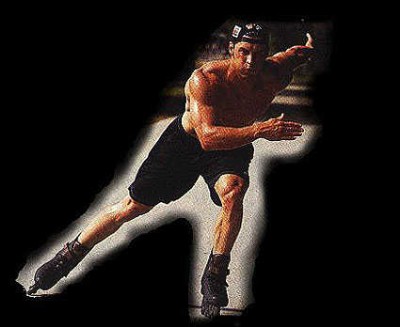 We’d concede that it is proof that the former Baltimore Orioles outfielder is some kind of an exhibitionist but to conclude from the pic that he is a friend of Dorothy is like saying that the sun is dead simply because it is covered by clouds, right?

So there, he is quite straight! Shall we now let the issue rest and just appreciate Brady’s shirtlessness. Check out this 1990s pic of him which reportedly earned him tons of gay fans and which may have fanned the gay rumors about our Brady. 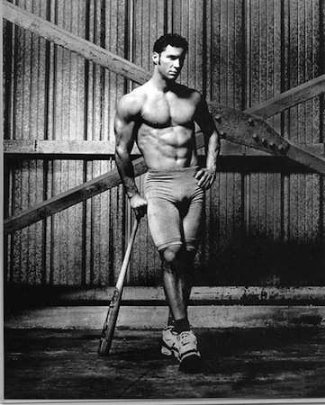 A more recent photo. Damn, he’s hawt hawt hawt! He sure belongs to our list of hot men in their 40s. 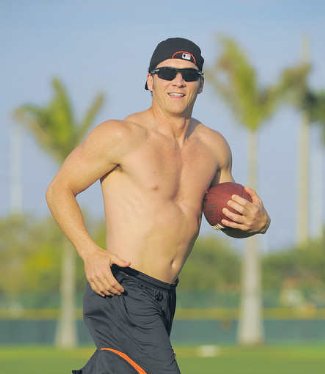 So what is Brady doing these days? No doubt he is taking care of his beautiful daughter (with now ex-girlfriend and baby mama Sonia Vassi, a fashion model and former Miss Bulgaria). [According to whosdatedwho.com, he also dated actress Ashley Judd, model actress Ingrid Vandebosch, and a mysterious girl named Josan Gibb. He does not appear to have a girlfriend (or boyfriend) now.] 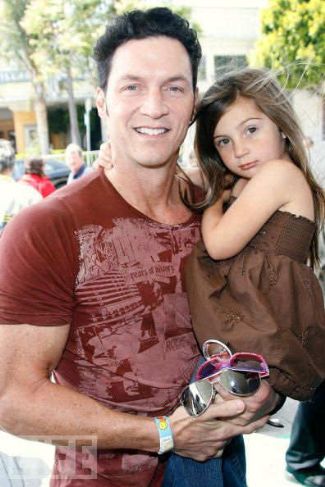 Oh, let’s end this post by mentioning that Brady is now the vice president for operations of the Baltimore Orioles. Reports the Baltimore Sun: “The Orioles announced a set of front office promotions Tuesday, most notably naming Orioles Hall of Famer Brady Anderson vice president of baseball operations. Anderson’s former title was special assistant to the director of baseball operations.”

Congratulations to Brady for his promotion!!!

Brady Anderson Gay or Girlfriend? Underwear and Shirtless Photos. Posted in Is He Gay?