Ian Somerhalder Underwear: Boxers or Briefs? Time for another male celebrity underwear question: Does Ian Somerhalder wear boxers or briefs? Well, based on the photos below, it looks like The Vampire Diaries Hunk is partial to boxers underwear.

But, then again, these photos are actually from a movie, Rules of Attraction, so it is his character (and not Ian personally) who prefers boxers over briefs. So we guess the boxers or briefs question remains unanswered for our hunk actor, no?

If you’re as hawt as Ian, there is no doubt that you’ll also be checking yourself out in front of the mirror! Is that a weird sentence or what? 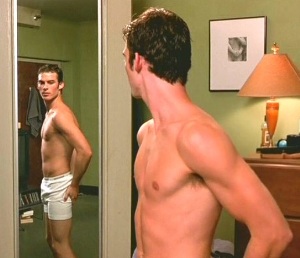 What do you think of this Ian Somerhalder underwear dance in the movie Rules of Attraction where he plays the bisexual Paul Denton. The other guy in boxers is Russell Sams who plays Richard. 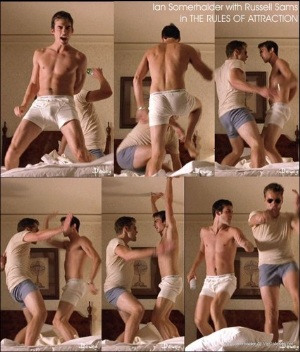 Let’s have a closer look at Paul and Richard, shall we? 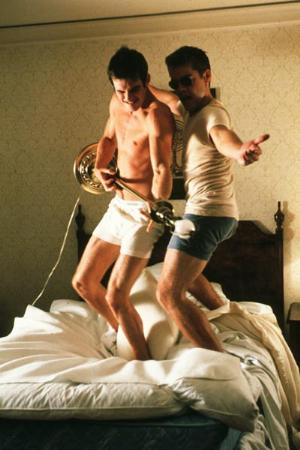 Ian Somerhalder Gay or Straight? In real life, Ian is a straight dude and is dating his Vampire Diaries co-star Nina Dobrev. However, he is apparently supportive of the LGBT community because along with co-stars Candice Accola and Michael Trevino, he’s been involved with the It Gets Better which seeks to prevent suicide among LGBT youth. [Update: Ian and Nina have since broken up. Ian is now married to actress Nikki Reed.]

Is Ian giving us the “come, hither” look in the pic below? 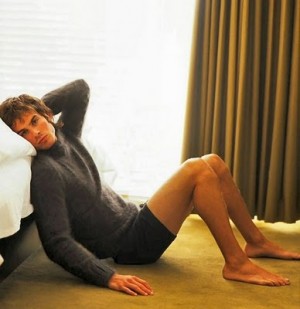 Ian Somerhalder Gay Kisses. Our Ian may be straight but he is not above kissing guys. Here are some of his man-kissin’ photos. 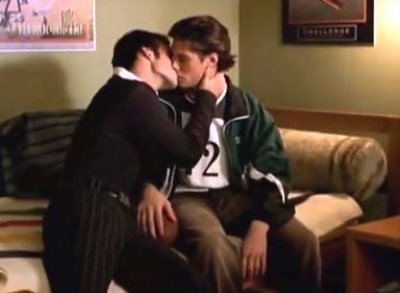 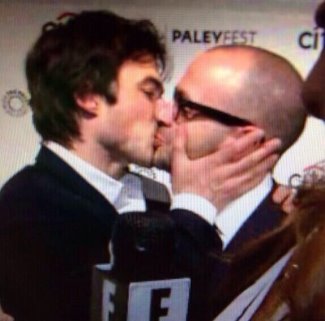 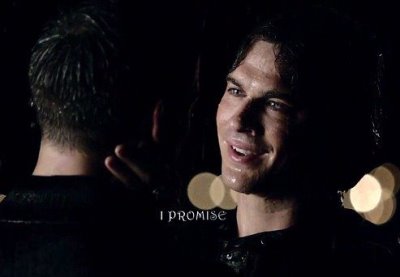 Then he gives a birthday kiss to The Vampire Diaries co-star Paul Wesley. 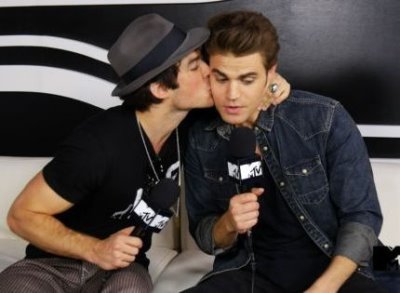 Ian Somerhalder Shirtless Photos. Let us behold the manly sexiness of Ian when he gets rid of his shirt. 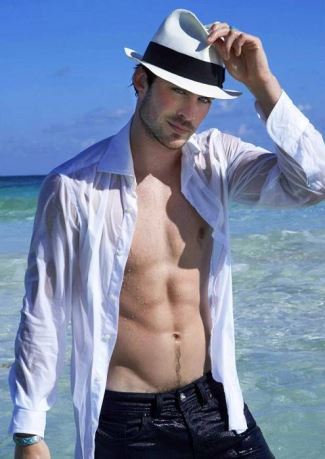 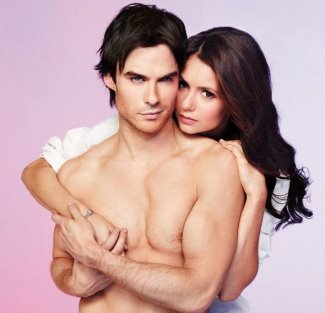