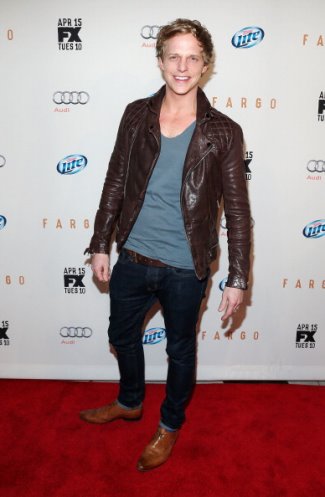 Chris Geere Fashion Style – Skinny Jeans and Leather Jacket. A few years back we asked whether skinny jeans is just a blip in men’s fashion – you know, a trend that will eventually go out of style. Turns out we might be wrong. Men, like Chris Geere in the photo above, are loving them their skinny jeans so it is very likely that the skinny is here to stay. What do you think? [Want more male celebrity skinny jeans?]

Chris is starring in one of the hottest shows on television, FX’s dark romantic comedy You’re the Worst. The show is getting raves from critics. It is an audience favorite too and, at a time when sitcoms are flailing on TV, it has consistently posted solid ratings.

Good for Chris and the guys who run the show, no?

Before American audiences discovered, Chris first starred on the BBC TV series Waterloo Road. His first acting gig however, is playing a German soldier on the epic TV series Band of Brothers.

Chris Geere Shirtless Photos. For those of you looking for shirtless photos of Chris Geere. This one’s from a photoshoot for Cosmo Magazine’s male cancer awareness campaign. 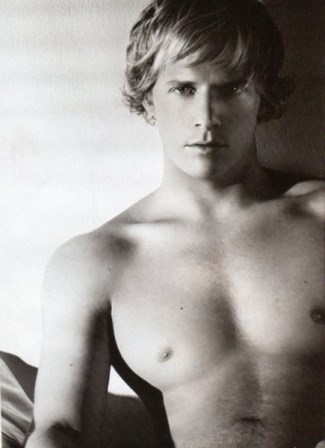 Chris Geere Underwear Photos. What kind of underwear does Chris prefer to wear? On this scene from his hit show You’re the Worst, it looks like our Chris loves him his boxer shorts. 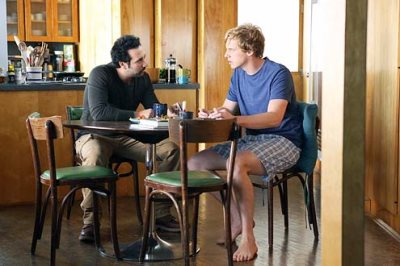