Dalai Lama Rolex Watch. Let us add the Dalai Lama to our list of world leaders who love them their Rolex watches. According to Rolex Magazine (rolexmagazine.com), he is wearing a yellow gold Rolex Day Date in the following photos:

The Dalai Lama meets Prince Charles aka The Future King of the United Kingdom. 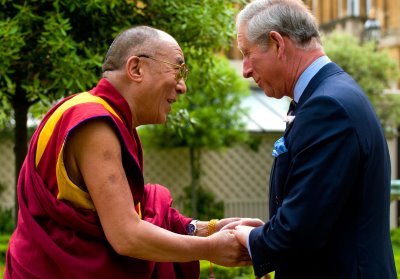 And here’s the Dalai Lama with the late Nelson Mandela, former President of South Africa and inspiration to all peace lovers and peacemakers of the world. 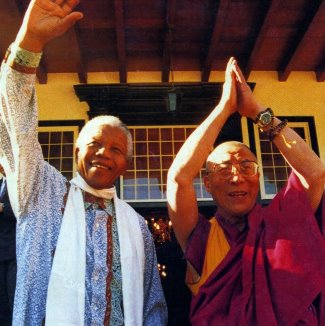 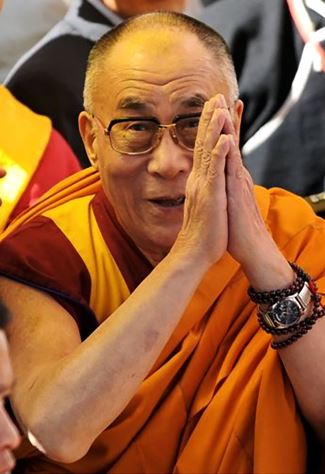 Now before some of you go, “Why is he wearing an expensive Rolex watch? Isn’t that being materialistic and all?” Those are valid questions of course but this Dalai Lama Rolex watch as well as his other watches are actually gifts he received from other world leaders.

So what do you do with gifts? Of course you use them for their purpose. If someone gifted you a watch, the thing you’d do is wear the piece to keep track of time. Right? You ain’t gonna hide it on some locker or some trunk. You ain’t gonna throw it away. That would be an insult to the person who gave you the gift. [Related Link: World Leaders Who Wear Rolex Watch.] 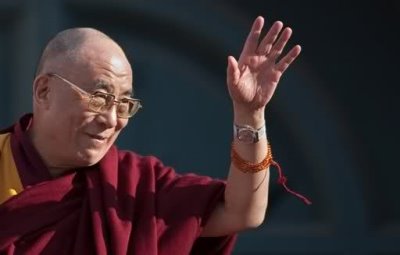 In an interview with the Malaysia Star, the Dalai Lama reveals that he just like watches:

I just like watches. I have 15 watches now, they are mostly gifts. My first watch was given to me by President (Franklin) Roosevelt. I like watches, I don’t know why. Maybe, because I am a reincarnation of the 13th Dalai Lama. I was told (that) he was fond of pocket-watches, rosaries and horses, but I am afraid of horses.

Dalai Lama haters argue that he should auction off his expensive watches and use the proceeds to buy food for the poor. Should he? Of course not! He knows damn well what to do with the gifts given him. Maybe he’s holding on to his watches because he knows that when he dies, a Dalai Lama Rolex watch will triple, quadruple, quintuple in value when auctioned.


Why sell a Rolex for a hundred grand now when his estate can sell it later in the future for, say, five hundred grand? If that ain’t financial malpractice, we don’t know what is.

Besides, the Dalai Lama ain’t just some silly dilettante who collect watches just because. He actually knows how to repair them and he’s been doing so when he was young. From Rolex Watch Collection:

I have always enjoyed repairing watches. But I can remember a number of occasions as a boy when, completely losing my patience with those tiny, intricate parts, I picked up the mechanism and smashed it down on the table. Of course, later I felt very sorry and ashamed of my behavior — especially when, as on one occasion, I had to return the watch to its owner in a condition worse than it was before!

Buyers will buy a Dalai Lama Rolex watch for much more money if they know that the piece was once repaired by the man himself. So instead of paying “only” five hundred grand, we are pretty sure they won’t mind buying it for a million bucks because the Dalai Lama took care of and repaired the timepiece!

So haters who insist that the Dalai Lama should sell his watches now should go eff themselves.