Hugo Boss Mens Underwear: Lars Burmeister, German Model in Briefs and Boxers. Hugo Boss underwear for men modeled by handsome German male model Lars Burmeister. Before he entered the modeling world, Lars worked as a mechanic. He was thinking of going to business school but his sister sent his photos to a modeling agency which hired him. The rest, they say, is history. 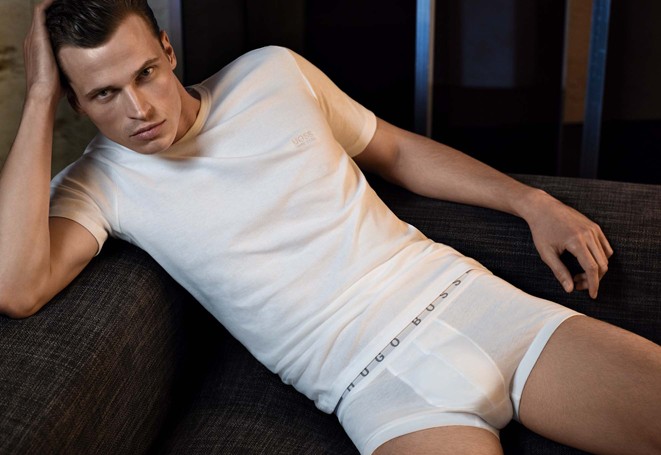 We should thank the sister for encouraging Lars to go the modeling route. Without her we won’t be looking at these fabulous photos of a really gorgeous dude. 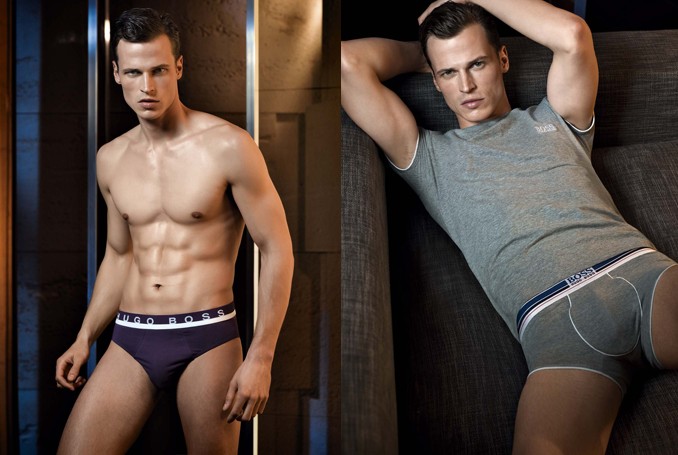 Whether our Lars is wearing colored undies or white ones like the ones below, our German imaginary boyfriend is rockin’ it! 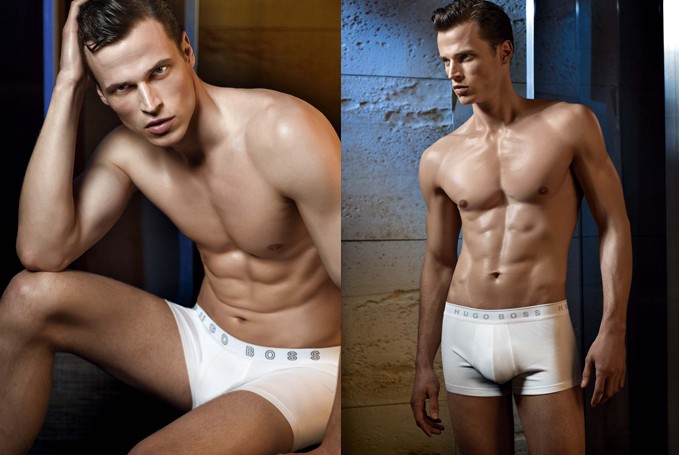 Hugo Boss Mens Underwear Models. Check out these other sexy guys who modeled for Hugo Boss underwear. The latest hunk to appear in an advertising campaign for Hugo Boss undies is the bearded Joshua Button who starred in the Boss Black Bodywear Fall/Winter ad campaign. Is the facial hair back among male models? All together now, let’s shout: Hirsute is in, smooth twinkiness is out! If only that were true, no?

Anyhoo, other male models who appeared in Hugo Boss underwear campaigns in the recent past include Kerry Degman (we’ve also seen him in this Cotton Organic Underwear by Ralph Lauren) who starred in the Hugo Boss Spring/Summer 2009 Campaign. Here’s the corn-fed American wrestler-turned-model packing his white boxers. Who wouldn’t want to wrestle with this stud? 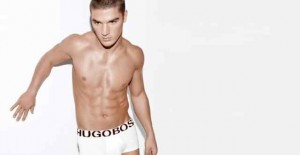 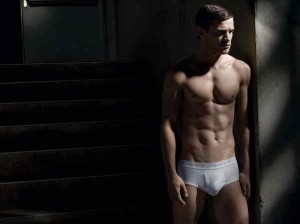 Sadly, Ambrose was found dead in his room in April 2010. He committed suicide according to news reports. Sad. Sad. Sad.