Hot Men in Spandex: Tyson Gay and Other Olympic Runners in Lycra. American runner Tyson Gay, the reigning world champion for the men’s 100-meter dash (he just bagged the gold during the IAAF World Championships in Thessaloniki), has one of the most interesting names in the world of sports. 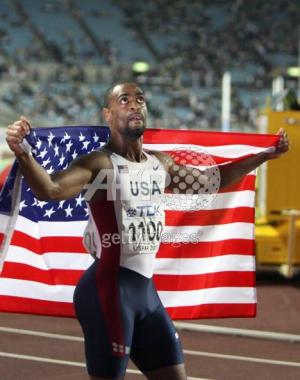 His first name makes us wonder whether he’s named after Mike Tyson aka the baddest badass in boxing (hockey badass Sean Avery can’t hold a candle to Mike’s badassness). And his surname makes us go, “Is Tyson Gay, gay?” 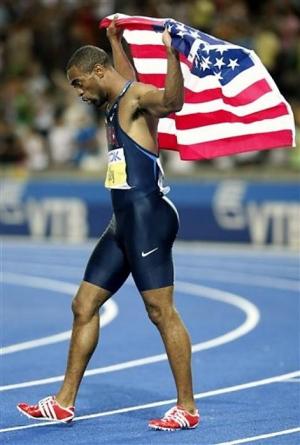 For the record, we don’t know the answer to either question. But we do know that Tyson Gay looks great in spandex. He is almost as hot as Chris Evans, our favorite F-4 spandex wearing superhero. 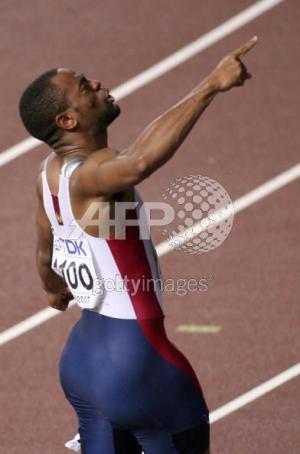 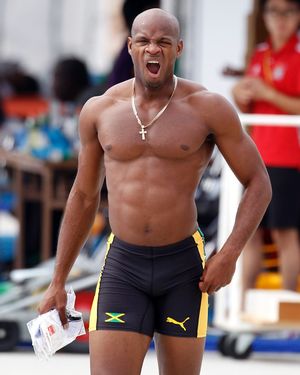 He does have a gold medal in the 4×100 relay from the Beijing 2008 Olympic Games but it remains to be seen whether he can add another gold to his treasure chest when the London 2012 Games comes around. 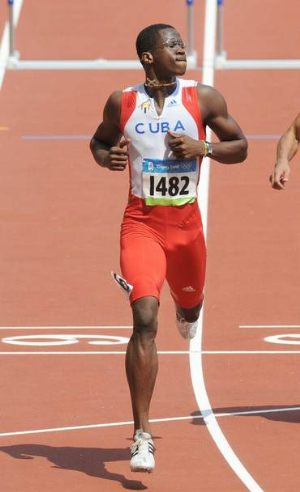 To date, Cuba’s Dayron Robles boasts of one Olympic gold medal (110 meter hurdles, Beijing 2008 Games) and another gold from the World Indoor Championships (60 meter hurdles, Doha 2010). He finished ahead of the pack in the 110 meter hurdles at the 2011 Daegu World Championships but he was disqualified after it was established that he “touched” his greatest rival, China’s Liu Xian, during the race. So no gold for Dayron in 2011. 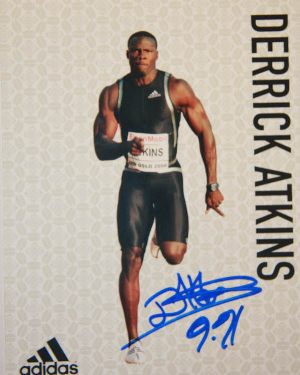 Derrick Atkins is a sprinter from the Bahamas who won a silver medal from the 100 meter run event during the 2007 Osaka World Athletics Championships. 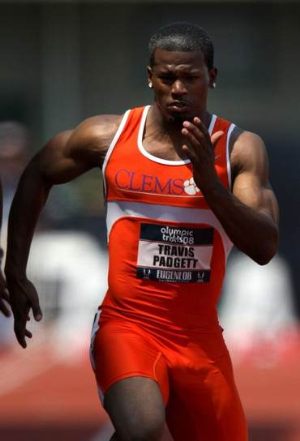 Travis Padgett competed for the United States (4×100 meter relay) in the 2008 Beijing Olympic Games. Unfortunately, their team was disqualified due to a baton exchange error. 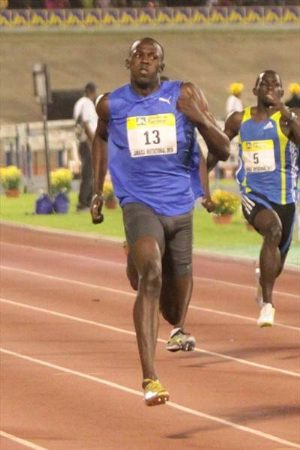 Last but certainly not the least in our group of world class sprinters is reigning world and Olympic record holder for the 100-meter dash, Usain Bolt. Will he continue to add to his gold medal collection in the London Olympics? We will soon find out next year, won’t we?