Hannah Blackwell Phillip Phillips: Hometown Girl is Phillip’s Girlfriend? So this is the girlfriend of American Idol (Season 11) winner Phillip Phillips. Welcome to the limelight Hannah Blackwell, we can see you are a fan of flip-flops, torn jeans, and curly haired boys who can sing (hehe). Or, in the words of Vote for the Worst denizens, white guy with a guitar. 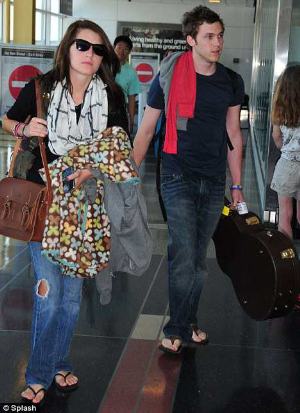 We hope you enjoy being the girl of an up-and-coming celebrity and be not be subjected to fan abuse by your boyfriend’s fans who think they know more about he wants than the person himself. Exhibit A: See what overzealous fans said about Tom Felton’s girlfriend Jade Olivia. Exhibit B: See what some commenters wrote about Rupert Grint’s girlfriend Georgia Groome. 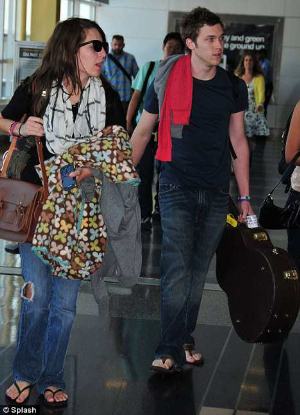 Thankfully for you, we think American Idol fans are not as crazy as Harry Potter fans who tended to be teens and twinks.

For those of you fellow Famewatchers who are wondering, the photos above were taken in Washington DC where Phil Phillips (or P2 to AI fans) is scheduled to perform at the Capitol 4th of July concert.

By the way, here are some things you might want to know about P2’s girlfriend (according to the British tabloid, Daily Mail: