Look who’s turning out to be quite a fashionista? It’s our little Jessica Sanchez, runner-up to Phillip “5th White Guy With Guitar” Phillips in the 11th season of American Idol. Phillip has got himself a girlfriend [see: Hannah Blackwell: Phillip Phillips’ Girlfriend ] while Jessica’s got herself some pretty chic style.

And Jessica’s style is beating fashion Donatella Versace, 86% vs 4%, in a Who Wore it Better poll at the AOL Music Blog. Sure, those who voted for Jessica are most likely her zealous Idol fans who’d do anything to make her win online polls but you can’t say they’re wrong, no? 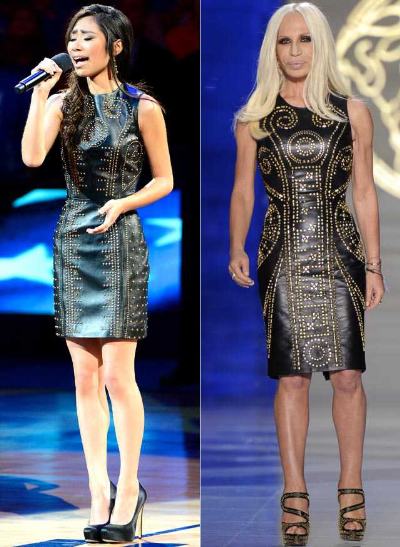 Jessica does look better in this little black Versace leather dress designed by no less than Donatella Versace herself. Says a commenter and we agree with her (him?) a hundred percent:

Honest to goodness..both of ’em wore it perfectly but that dress was like a trademark of Jessica but hey thanks to Donna for designing it!

By the way, for those of you who are wondering, Jessica wore the above dress during the 2012 NBA Finals in Oklahoma City where she sang the national anthem. Donatella’s picture, on the other hand, was taken during the Spring-Summer 2012 menswear runway show, which featured her creations, in Milan, Italy. [Related Reading: Female Celebrity Leather Wear]

If you’ve been watching the most recent American Idol, you’d have seen the young Chula Vista singer rock this leather jacket during one of her performances. According to Soyon An who styled the contestants, the chic leather jacket is from Bod & Christensen. The rest of her ensemble include “BCBG Max Azria top, ring, necklace, and earrings, Parker skirt, and Creative Recreation shoes with Kizmit customizations. Other jewelry included a Bijou Tresor bracelet and necklace.” 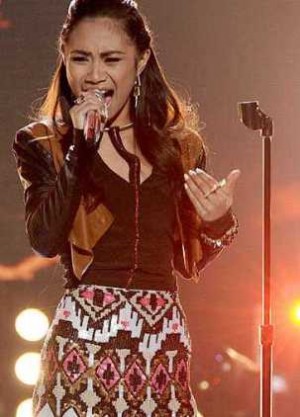 Before you think we’re only all about Jessica and Phillip when it comes to American Idol, well you’re wrong. We like us our Skylar Laine too. Oh wait, we actually like Heejun Han the most but since we are talking about girls in leather here’s country girl Skylar rocking a black leather jacket during one of her performances. It’s reportedly also made by Bod and Christensen. 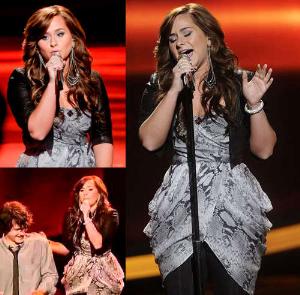