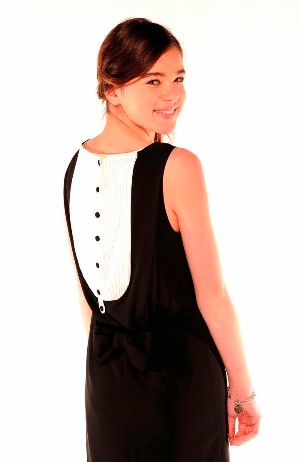 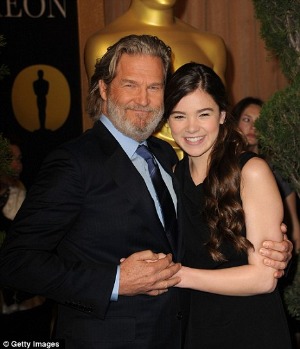 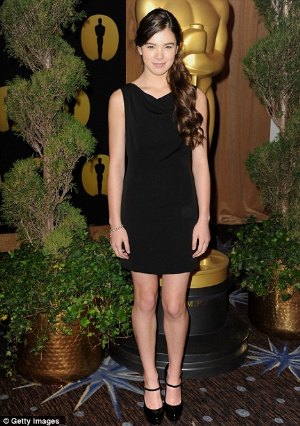 This budding Hollywood actress continue to look gorgeous on the red carpet so let’s update this post to give you more of her fashion style. Who is she wearing? Well, in the photo below, she’s wearing a beautiful Stella McCartney dress from the British designer’s Pre-Fall 2011 Custom lace dress. Hailee paired her McCartney dress with a fab Nicholas Kirkwood Spring 2011 Lattice and Tassel-Detailed Sandals. 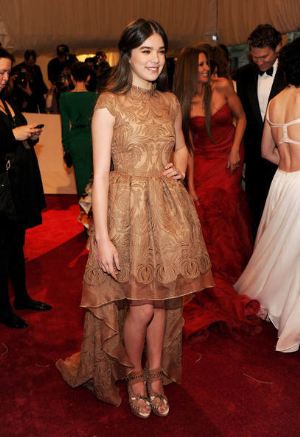 Who says female celebrities should only wear flowing evening dresses during red carpet events? Not our Hailee. And she gets two thumbs up for us for breaking the rules. Doesn’t she look cool, classy, and fabulous in her Louis Vuitton Pre-Fall 2011 Sequin Trim Tuxedo which she wore to last June’s MTV Awards? 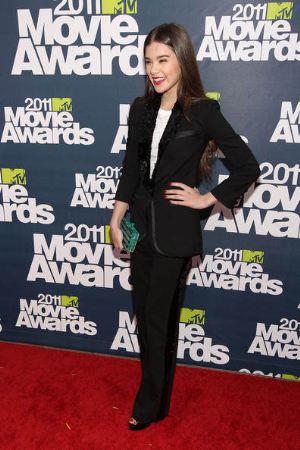 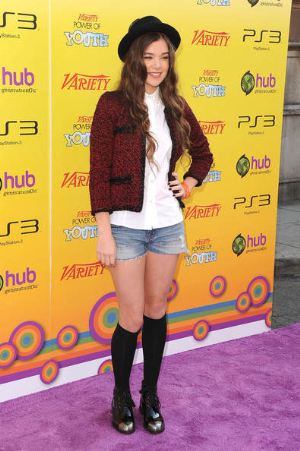 Finally, for those of who are wondering what Hailee looks like and what she wears when she travels, we’ll here’s a paparazzi photo which should give you some answer. But this isn’t what she looks like every time she travels okay? Anyhoo, what is she wearing? 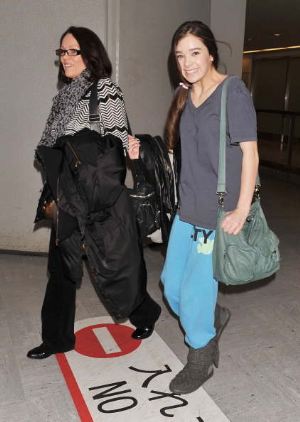 Okay, that’s an ugly Ugg boots (yeah we love Hailee but our love for her isn’t enough to counter the fact that Ugg boots are ugly. They’re functional for sure but let’s accept the fact that they’re ugly, okay?), a pair of Free City Logo Sweatpants, and an American Apparel Unisex short-sleeve V-Neck shirt.