Marks and Spencer Suit for Men: Celebrities and Male Models. If you buy your tuxedo suit from Marks and Spencer (M&S), them pretty ladies will flock to your side. Hehe. At least that’s what we think is the message of the 2007 Marks and Spencer ad campaign above which featured Spanish hunk Antonio Banderas. 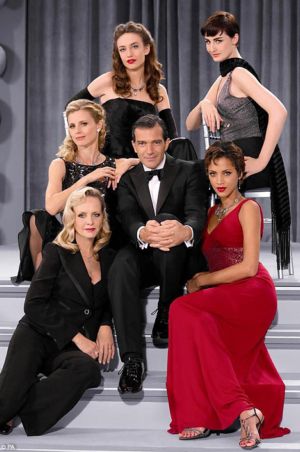 Check out another pic of Antonio looking so shaggable in his Marks & Spencer tuxedo suit after the jump. 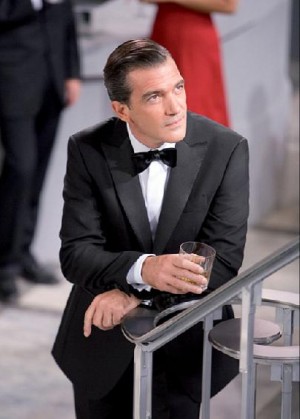 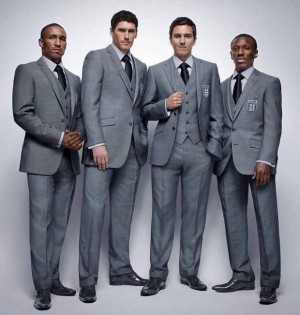 Have you seen this really nifty suits worn by the English Football team during the FIFA World Cup 2010 in South Africa. They’re actually Marks & Spencer suits and were specifically designed for each team member by the talented designer Timothy Everest. The suits are made of “pure wool, birdseye cloth from Alfred Brown, one of England’s premier fabric mill”.

Hot damn! This is what men in suits should look like, no? 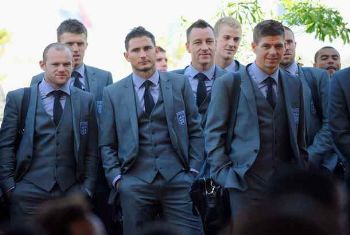 Magic mirror on the wall, who’s the hottest footballer of them all? For us it would be Steven Gerrard. We’d been crushing on Steven the first time we laid eyes on his gorgeousness. Hehe. But let’s get back to Team England and their chic Marks & Spencer suit, shall we? 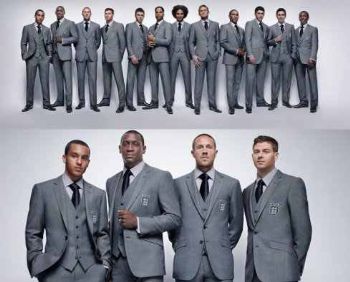 Beckham by his lonesome in an M&S suit. As may be expected, he’s looking hot in his outfit. 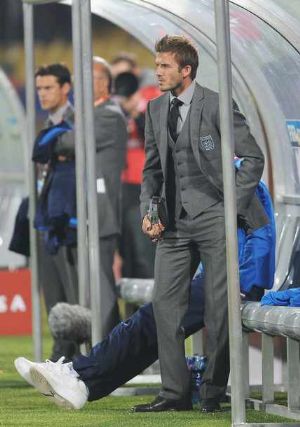 Speaking of dapper hunks in Marks & Spencer suits, here’s Canadian hottie Ryan Reynolds wearing an Autograph suit for the most recent M&S advertising campaign. His co-model, for those of you wondering, is model-turned-actress Rosie Huntington-Whiteley who starred in the latest installment of the Transformers movie. 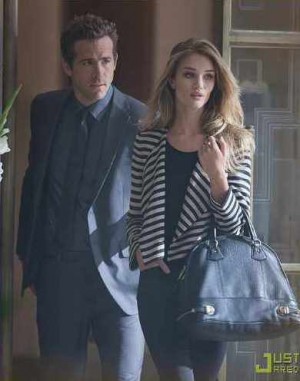 Another famous man who modeled one of the suit collections of Marks & Spencer is British male supermodel David Gandy. Check out his photos wearing Collezione suits. 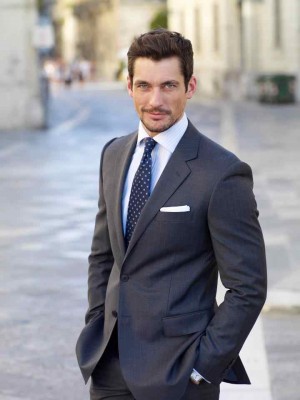 David honey, we’d love to ride your bike! Admit it, fellow Famewatchers, we all want to ride David’s bike don’t we? 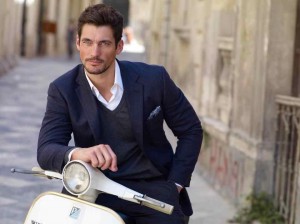