Guess Underwear for Men Latest Update. At this time, seems like no other celebrity has followed Joe Jonas in posing for Guess Underwear so we are bringing you these guys looking fabulous in their undies. Unfortunately, we ain’t got their names but we will update this post when we do. Maybe you can ID them? 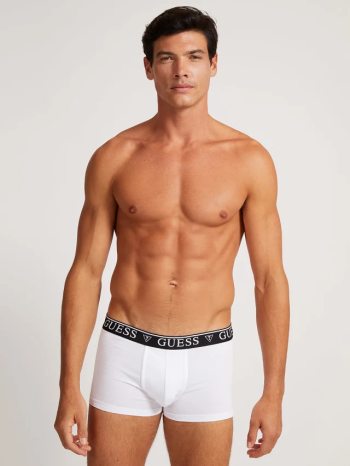 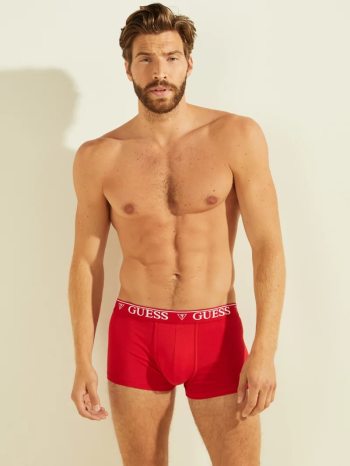 …..
Guess Underwear for Men 2017 Update. Fellow UnderwearWatchers, what do you think of Joe Jonas as a model for Guess men’s undies? Our friend Kevin says he can give them “real” models a run for their money. Well, you be the judge of that. Compare his modeling photo with the other underwear models below. 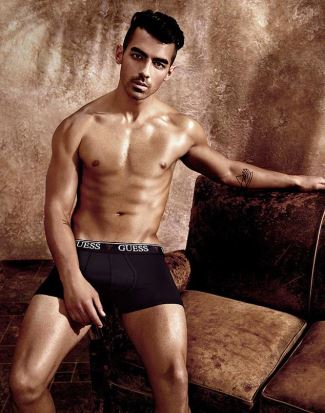 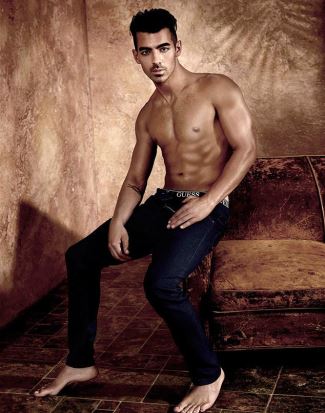 …..
Guess Male Underwear Models (12 October 2013). From Burberry men’s underwear models, let’s now check out the guys who are modeling Guess underwear, shall we? Unlike in the case of the Burberry label who we mistakenly thought makes only fabulous coats and stuff, we’ve always know that Guess has an underwear line although it is a “denim outfit” company for the most part. Anyhoo, here are your favorite male models who headlined advertising campaigns for Guess underthings. First up is 27-year-old Portuguese hottie Goncalo Teixeira. 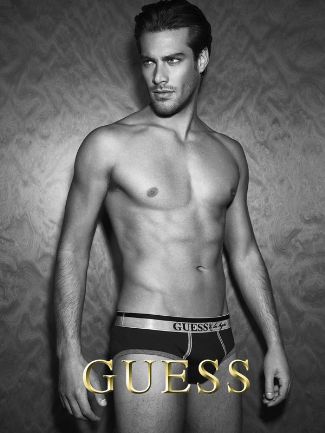 Goncalo began his modeling career when he won the Elite in 2005. The website mostbeautifulman.com reports that he then went on to model for Armani “then became the face of Climber in Turkey. A list of campaigns and runway walks under his belt, including Julipet Underwear, GQ Russia, Striessnig, Boomboogie and John Richomnd among others, prove the high demand for his beautiful face — and body.” 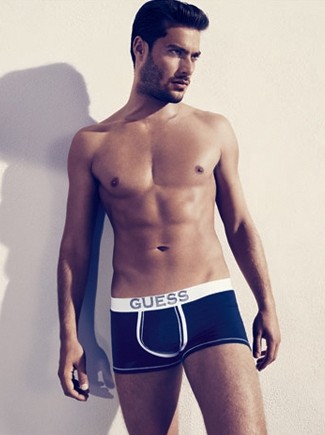 His pictures here are part of the Guess Fall/Winter 2012-2013 campaign. 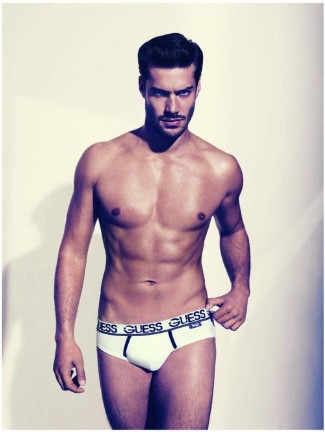 This sexy Lisbon native headlined the Guess Spring/Summer 2013 advertising campaign as well as He is represented by One Management in New York and Premier Model Management in London.

You remember Edilson Nascimento, right? He’s the Brazilian male model who we were gaga about a few years ago. He was then the boyfriend of Disney princess Ashley Tisdale and the two appeared in Ashley’s music video It’s Alright, It’s Okay. Edilson headlined the Guess ad campaign for the Spring/Summer 2009 season. Check out his photo below. 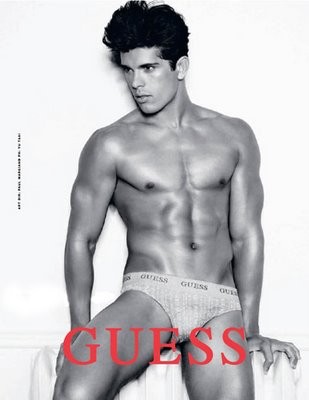 Another male model who landed a Guess ad campaign is Barcelona native Antonio Navas who began his career when a photographer saw him handing out flyers. He then went on to model for top brands like Guess (of course), Armani Exchange, Dior, Dsquared and many more. In 2010 the editors of GQ Magazine gave him the “GQ Model of the Year Award”. Here’s Antonio in a Guess Lingerie Fall/Winter 2010 ad campaign. 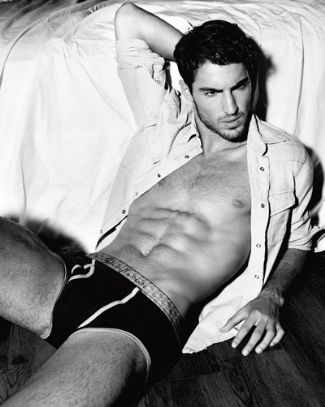 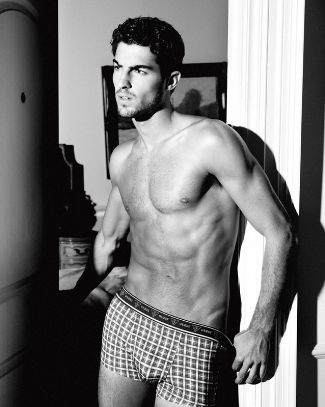 Another hottie who modeled for Guess is someone you are familiar with: Tomas Skoloudik who we featured prominently in our post on Czech Male Underwear Models. Tomas headlined the Guess Underwear Fall/Winter 2011-2012 campaign. 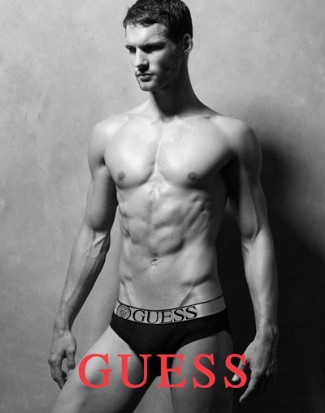 Currently, Tomas is ranked by models.com among its Top 50 Male Models. He is #37 in the list and this is what they say about him: “Fashion always need excitement and this sexy Czech face provides it in spades. His dynamic campaigns for clients Emporio Armani, Dolce & Gabbana, Guess and Gas Jeans prove his diversity.”

That’s it for now fellow Famewatchers! Who of the above is your favorite model for Guess underwear for men?