Girls in Leather Underwear. Some of you loved our post on Lady Gaga’s leather underwear so let’s do another write-up on girls wearing leather underwear particularly famous celebrities and female models. First up is the sexy Jessica Alba from the film, Sin City. Alba, who looks gorgeous in black and white as well as in these colored photos played the role of Nancy Callahan an exotic dancer in the hit movie released last 2005. 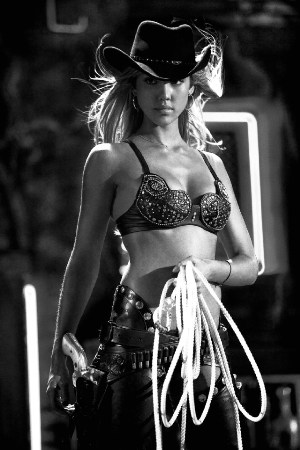 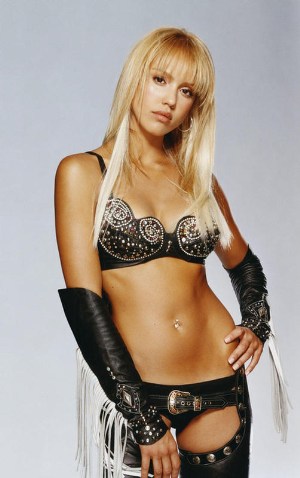 Another movie which featured girls in leather underwear is the 2000 movie, Coyote Ugly. Our friend Deena was surprised that the movie did well but she shouldn’t have been. After all, people do want to watch pretty ladies dancing in leather, don’t they? 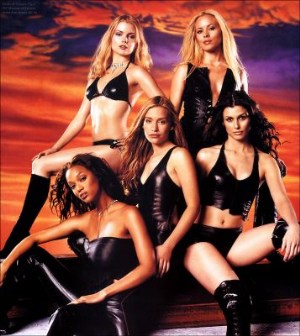 EARLIER BLOG ENTRIES WE WROTE ABOUT GIRLS IN LEATHER UNDERWEAR:

Looking for female models in leather? Well, here are some photos featuring leatherwear from the Daniel Rodan collection. Rodan is a German designer who has some interesting ideas on how leather underwear should look. The first one is scary but maybe it will rock your boat.

Says Rodan of his collection: “It has to suit the person wearing it, that is really important. The idea, after all is to dress them and not disguise them. And that counts for all the lingerie, even the zodiac-style costumes, where we make the scorpion style to fit the star-sign or a lioness for leo, it doesn’t matter which.”

The designer reportedly not only uses cow and calf hide but more exotic materials like kangaroo leather and crocodile skin. We wonder what those PETA folks will say about that.

Girls in Leather Underwear: Lady Gaga Underwear as Outerwear. (posted 21 April 2009). Lady Gaga goes clubbing in London wearing what appears to be leather underwear. Is this cool or is it tacky? 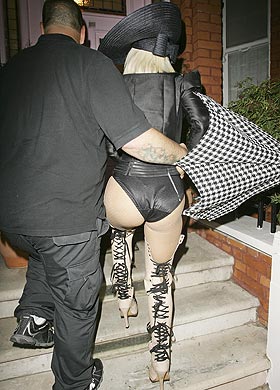 We guess it depends on whether you’re a fan or a critic of Lady Gaga’s out-of-this-world fashion style. Oh wait, we’re actually a fan of her music but we are not necessarily a fan of what she is wearing here. Hehe. If you’re famous, you can pretty much get away with anything. Or with wearing your “unmentionables” in public places. 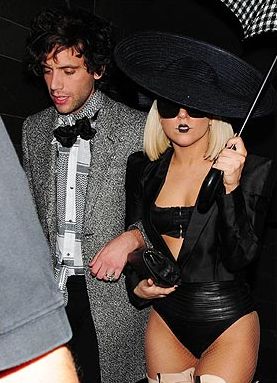