Joaquin Phoenix Shirtless Photos: He’s Still Here, Damn It! Okay Famewatchers, let’s wrap-up this “Is Joaquin Really Crazy vs. Is He Punking Us Saga” by publishing these shirtless photos of our Joaquin which were taken when he was younger. Why are we, suddenly, blogging about his shirtlessness? Because you asked us to, that’s why. 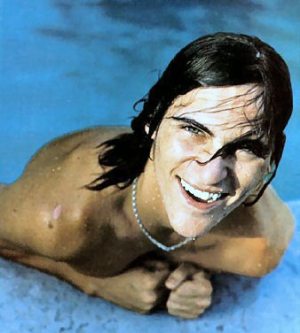 By the way, doesn’t he look like Roger Federer? 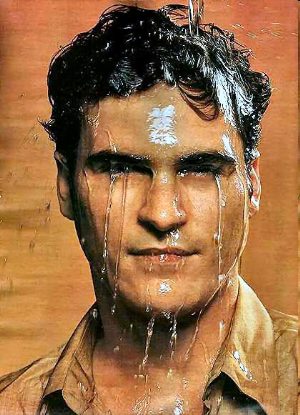 A shirtless Joaquin takes a shower in his jeans. 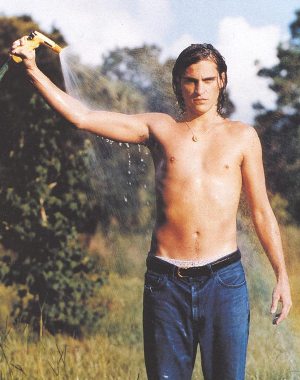 Seriously, Joaquin. Are you for realzzzz? Now go back to acting because the acting industry is poorer without you. A photo of our rapping Phoenix. 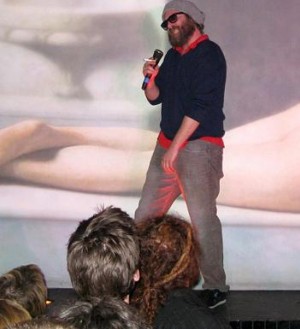 Joaquin Phoenix on Letterman: A Hoax? Is He Punking Us
13 February 2009

Denizens of the interwebs and celebrity watchers are debating whether Joaquin Phoenix’s very weird behavior is a hoax or for realllzzz. Did Joaquin Phoenix punk David Letterman (and us)?

Maybe he got some tips from Kathy Griffin who, a-la Paris Hilton, staged her own “accident” just so people can buzz about her.

We guess we will eventually know whether Joaquin’s behavior is real or staged. For the moment, it’s interesting to read the speculations of others. 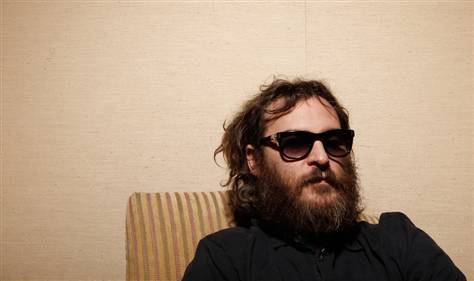 Remember the kinda funny and kinda shocking stuff that Joaquin Phoenix was doing in the past few years? You know, like him going crazy on Letterman or his attempt to become a rapper? There was a lot of debate and speculation on whether he’s just punking us or whether he’s really gone crazy. Well, we think it’s becoming clear that it’s all just a punk.

Sometime in September, Joaquin is releasing a movie, I’m Not Here, which chronicles his misadventures. Are you looking forward to watching it?