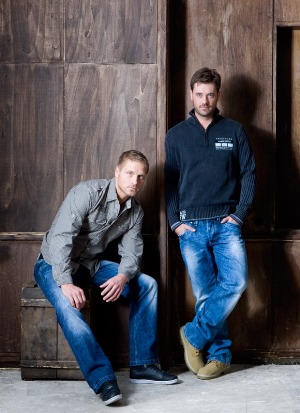 Wow. We love the blueness and the “fadedness” of these guys’ denim trousers. 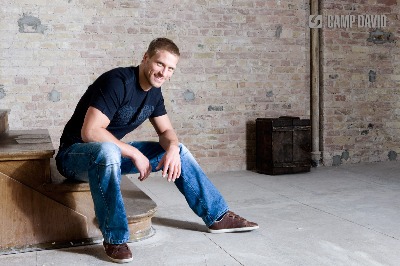 Camp David jeans and plaid shirt? What’s not to like? 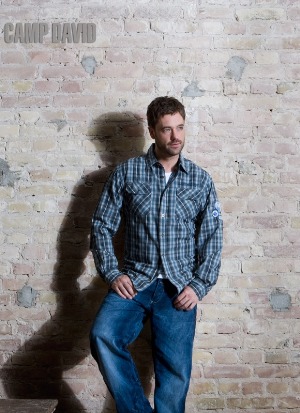 What you doing there, buddy? Looks like you are waiting for a date. Right? 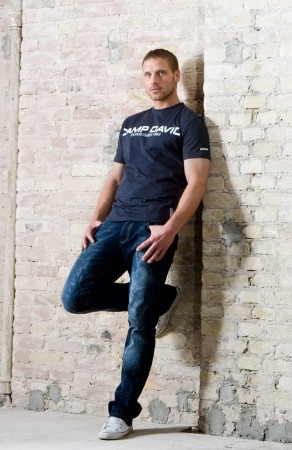 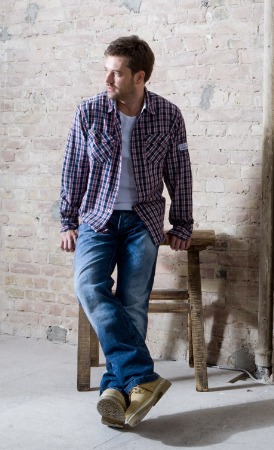 Bromance is in the air between these two male models. How cool is that? 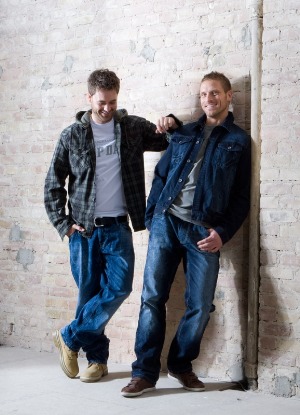 Photo credit for the above images: campdavid.de

More German Jeans For Men (posted 18 November 2010). You want more designer jeans made by German designers or fashion houses don’t you? Well, here’s hunky hunk Ryan Cooper modeling a pair of pre-faded gray jeans from the Hugo Boss Orange Collection. [Want some Celebrities Wearing Hugo Boss?] Because it has conquered the world, it’s easy to forget that Hugo Boss is in fact a German fashion label. 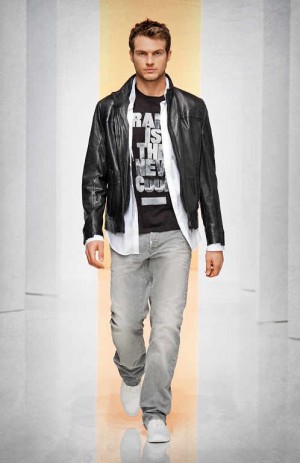 Another German designer who also has a line for men’s jeans is Jil Sander. In fact, back in 2009, the label came up with this simple but innovative denim suit for men. 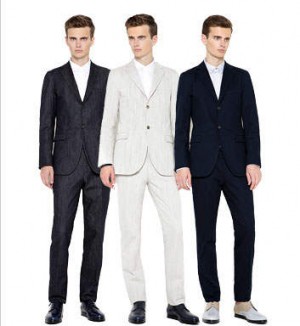 We don’t often associate denims with men’s suits but the denim suits above actually rock. We don’t think the label continues to produce this line but we’d buy one for our hubby.

Lastly, a pair of jeans made by a German clothing company earned the distinction in 2005 as the most expensive jeans according to Forbes Magazine. Check it out. 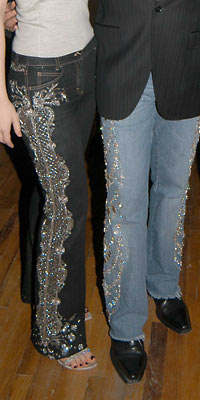 The bejeweled women’s jeans above is valued at ten thousand US dollars because of them pretty Swarovski crystals attached to the pants. It’s made by Escada, a luxury fashion clothing company based in Munich Germany.