German Leather Jacket: Camp David Menswear. There is more to fashionable leather jacket for men than Belstaff. Admittedly, Belstaff makes probably the best leather jackets out there but shouldn’t we also look at what’s coming from other countries?

Like, for instance, these Camp David leather jackets which are fabulous, fabulous, and fabulous? Camp David, for those of you wondering, is a German fashion label which is mainly known for its leisurewear but makes other kinds of outfits too.

Because it is a cool brand, it’s not surprising that some German celebrities love them their Camp David. One such celeb spotted wearing the label’s leather jacket is actor Mathis Landwehr. 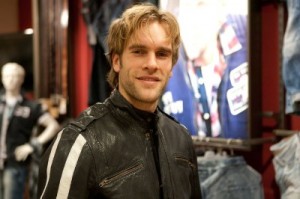 Aside from being an actor, you can say that he is also a martial artist because he is pretty good in taekwondo, muay thai, and capoeira. So don’t piss him off because he can kick your ass. Hehe.

Another German actor spotted wearing Camp David leather jacket is Dominic Boeer who, apparently, began acting when he was only eight years old. Now, if you are an American who don’t like George W. Bush and his disastrous administration, you might want to lay part of the blame to Dominic. Hehe.


Why would you do that? Because according to his wikipedia page (as translated by Google Translate), which may or may not be accurate, Dominic “in 2004 he assisted in the U.S. elections the Texan George W. Bush”. So let’s all blame Dominic for giving us the bad Bush years, shall we. Hehe. 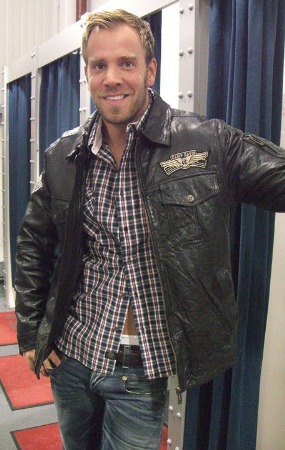 Whoa! Who’s hotter? The hunky dude below or his brown leather jacket? Can we say they are equally hot. Hehe. In fact, they’re both so hot we’d like to bring him home to mama. 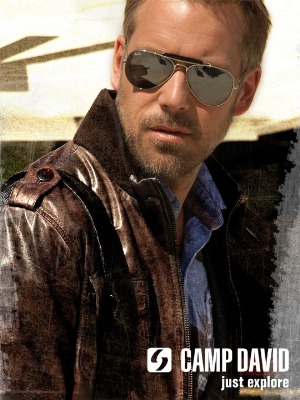 Now, we don’t know this third guy but we think he’s hotter than his leather jacket which, as we mentioned, is also pretty hot. By the way, our friend Deena insists this model looks like Ryan Reynolds. We don’t see the resemblance at all but maybe you do.