German Divers in Adidas Swimsuits. This is for those of you Famewatchers who told us that you miss our posts featuring photos of men in Speedo swimwear. Who are these guys, you ask? Well, these Adidas-swimwear-wearing dudes are members of the German diving team. 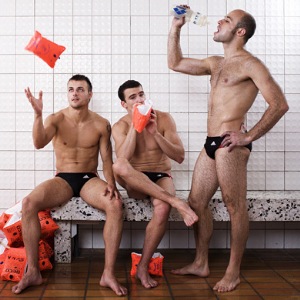 The one on the left is Sascha Klein, silver medalist in the Beijing Olympic Games in the synchronized 10 meter platform event (he won with teammate Patrick Hausding). The others are Norman Becker and Pavlo Rozenberg, they were also members of the German diving team who competed in the Beijing Games.

More photos of Sascha in his Adidas Speedo swimsuit below: 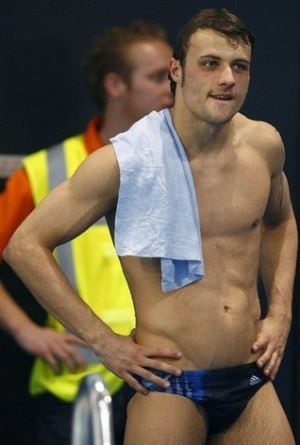 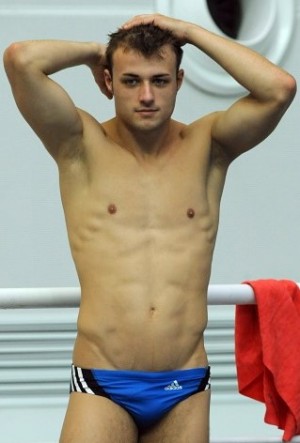 …..
More German Divers in Adidas Swimsuit (posted 20 December 2011). We thought it’s unfair to not also include other German male Olympic divers so let’s have an update, shall we. First here’s Pavlo Rozenberg looking cool in his blue Adidas swimsuit. Hah, didn’t we tell you that baldies like Pavlo are hot, hot, and hot? 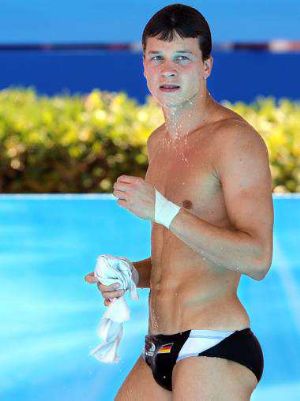 Stephan Feck at the FINA World Championships in Shanghai, China. 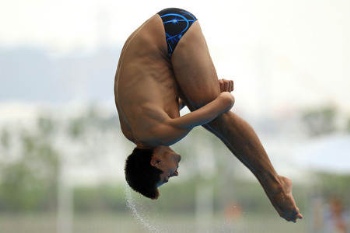 And last but not the least, Martin Wolfram. 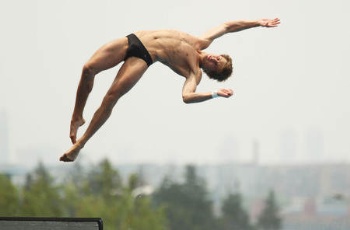 How good are Germany’s male Olympic divers? Well, they usually find themselves standing in the podium during award ceremonies.

Patrick Hausding has two silver medals; one from the 2008 Beijing Olympics and another from the 2011 World Championships.

For his part, Stephan Feck has a silver medal and a bronze medal from the 2011 FINA World Diving Series which he won with dive partner, Patrick Hausding, in the 3 meters springboard synchronized diving event.

Lastly, Martin Wolfram is the youngest of these guys so although he’s got no international medals at the moment, you can expect see him at the medal stand in the coming years.