Gerard Butler’s Cocaine Issues and Betty Ford Treatment. What do Lindsay Lohan and Gerard Butler have in common? Well, they are both well-known Hollywood denizens but we know that already, don’t we? What we don’t know and are only discovering now is that Gerard, like the famous cokehead that is Lindsay, has apparently – if a TMZ report is to be believed – “developed issues with cocaine”.

The TMZ report went on to say that Gerard has got himself admitted to the Betty Ford Center to “to head off a full-blown addiction”. However, as carefully noted by our favorite celebrity TV gossip show, Gerard’s addiction issue is with prescription drugs for pain management which he developed years back while shooting his breakout movie, 300. 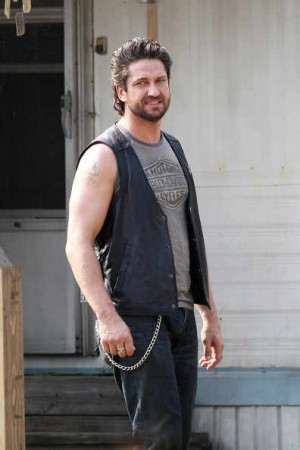 Can’t say we are surprised with this development. There’s a lot of pressure in Hollywood so turning to drugs (whether prescription or coke) is common among its exalted dwellers. Gerard ain’t the first leading man to do it and he certainly won’t be the last.

We wish Gerard well. We hope he overcomes this problem because – in the age of brooding vampire actors – we need hunky men in Hollywood. Hehehe. Seriously, please tell us we are not the only ones tired of the Twilight movies. Hehe.

For our other posts on this Scottish hunk, check out our post on Gerard Butler’s Leather Jackets and Gerard Butler Wearing Kilts.

Update: The Irish website, The Independent notes that Gerard indicated that he used to have an issue with alcohol. Quote: “I used to drink until I couldn’t remember anything. I was just mad for it and on a death wish. It was madness,” he said. “One or two drinks was never enough for me. I was a foot-on-the-floor-all-the-way drinker, so it had to go. I don’t miss it.”