Gerard Butler Girlfriend List: Who’s He Dating Now? You thought we’d no longer update this post didn’t you? Well, to be honest, you are actually correct in that we thought our Scottish playboy has already gotten himself tied to the ball and chain and so there would be no need to be updating a list about his girlfriends. Turns out he’s still very much not married.

However, he is dating a Morgan Brown, an Oklahoma native who, according to reports, is as a former model, property developer, and interior designer. The two are apparently the Ross and Rachel of Hollywood in that they have an on-again off-again relationship. 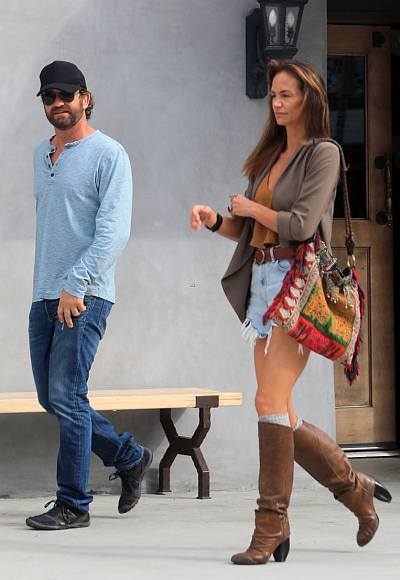 Goga Ashkenazi: Gerard Butler’s Kazakh Girlfriend? (9 July 2010). Is 40-year-old Scottish bachelor Gerard Butler dating 32-year-old Kazakh billionaire Goga Ashkenazi? The Daily Mail, which sourced its story from the New York Post, speculates that the 300 star is wooing Goga. If the two do hook up, what should we call them — Gorard or Goge? 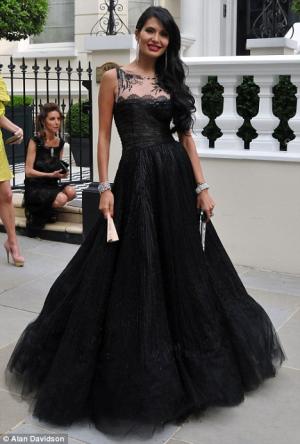 The two reportedly met at the Cannes Film Festival this year. According to the New York Post, ‘Gerard was spotted chatting up Goga at a party and they exchanged numbers’. Afterwards, the 300 actor was seen visiting Goga’s home in West London.

The Kazakh beauty is, according to the Mail, a close acquaintance of Prince Andrew. She previously dated Formula 1 tycoon Flavio Briatore and has just reportedly called off a relationship with Kazakh oil billionaire Timur Kulibayev, who apparently still married to the daughter of Kazakhstani President Nursultan Nazarbayev.

Gerard Butler Girlfriend: Laurie Cholewa? (06 April 2010). Who is Gerard Butler’s girlfriend? Fans of Jennifer Aniston (and maybe Aniston herself) want her to be the one but its kinda obvious that Gerard is so just not into her. But Gerard is apparently so into a French TV gal named Laurie Cholewa. 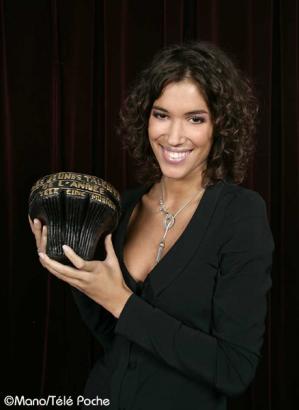 According to people.com Gerard and Laurie went on a romantic rendezvous in Paris: The two were seen strolling hand in hand through the French capital, visiting landmarks like the Louvre museum, where they ate lunch at the Café Marly. They had dinner on the Left Bank that same evening. A source tells PEOPLE that Butler “completely cracked” for Cholewa during their sit-down interview about The Bounty Hunter, his new film with Aniston. Cholewa, a film reporter, hosts a Friday-night show on local cable channel, Direct 8.”

Here’s another photo of Laurie Cholewa. 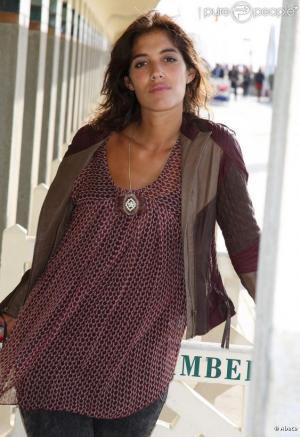 Run Away Gerard From That Desperate Aniston Woman (19 April 2009). Jennifer Aniston is reportedly fishing for a boyfriend and she’s using her movie projects to catch hunky 300 star Gerard Butler. How desperate is that? Using a business transaction to get close to a man? That’s beyond desperate.

From the Daily Mail: “They had a fling at the Toronto Film Festival last year but it was all kept very quiet,’ I’m told. Now Jennifer’s single again, she’s no longer keeping her admiration for him secret.’ Jennifer is due to direct and star in Goree Girls, a movie about an all-girl country and western band who become a hit while in jail. And she has asked Butler to star alongside her. She is also keen to book 39-year-old Butler on another as yet untitled movie later this year.”

Why do we have the feeling that this unnamed source is Jennifer’s publicist? Seriously. Run, Gerard, run away.