Bad Celebrity Plastic Surgery List: Kate Gosselin to Donatella Versace. We are updating this post to bring you more famous people who underwent some bad plastic surgery. Let’s star with Donatella Versace who is undoubtedly great when it comes to designing dresses but is not so great when it comes to getting herself surgically enhanced. Is it a case of picking the wrong surgeon to go to? Or is it a case of her insisting what she wants event against the advice of her doctors? 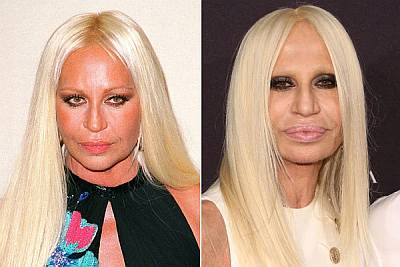 La Toya Jackson We wonder if La Toya looks at her old photos and say, Ohmigod! What have I done to myself? Because that’s what we kinda said when we looked at her “un-surgeoned” natural beauty to what her cosmetically enhanced look right now. 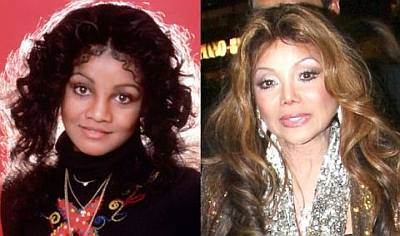 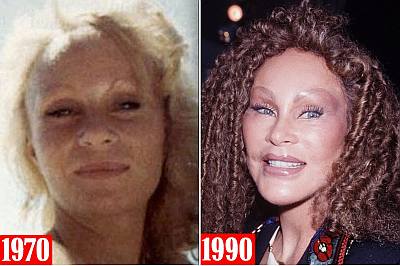 Question to those in the know: At what point does a surgeon have the responsibility to say, “No, I’m not doing that!” 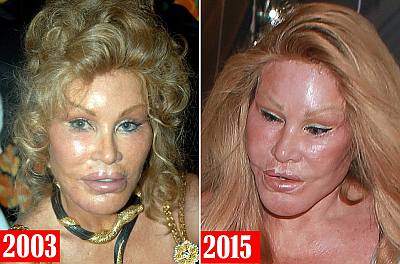 *****
Kate Gosselin’s Plastic Surgery Gone Awry (23 June 2010). Is that a botoxed face on Kate Gosselin? We will not be surprised if this professional fameho got herself some botox cosmetic surgery to enhance her looks. However, it seems like her doctor hates her because she’s looking worse than her natural self. 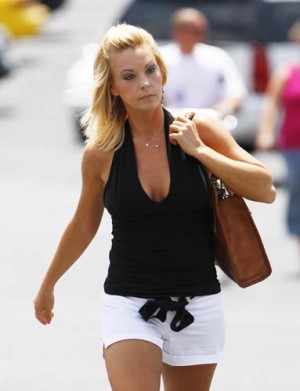 Some experts’ feedback on Kate’s botoxed face: “Her eyebrows are very elevated and arched — we call it the Dr. Spock look,” Dr. Bruce Katz of NYC’s Juva Skin and Laser Center tells HollywoodLife.com. “The botox was not injected properly. Most probably it was just injected in the middle of the forehead and there wasn’t enough done on the sides — so it’s allowed the muscles to still work on the sides and pull up the eyebrows.”

Another expert agrees: “What I can see in this photo, can be accomplished by Botox. Her upper eyelids look a little less hallow which can be a result of the brows being pulled upward.”

*****
Solange Magnano: Gluteoplasty or Buttocks Augmentation Surgery = Death (01 December 2009). Want to have a firm and full buttocks like Jennifer Lopez or Beyonce Knowles? You can always have a buttocks augmentation surgery or gluteoplasty but you gotta make sure that it is safe for you. Otherwise, you might end up like Argentinian model and beauty queen Solange Magnano who reportedly died after she developed pulmonary embolism or a blocked lung artery following a buttocks surgery. 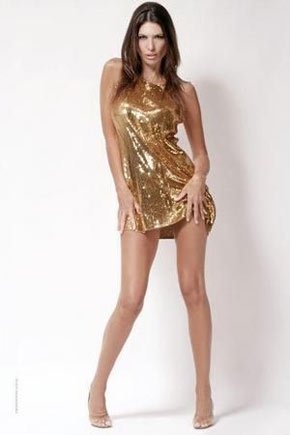 Says a friend of the model: “Solange was a girl who had everything. She lived the life of a goddess, she was the envy of everybody. Now she is dead because she wanted a slightly firmer behind. She died because of her obsession with beauty. She was a fantastic model. When I first met her I thought, this girl is perfect. She had an amazing body, she wasn’t hyper-skinny, she had a voluptuous body, an exotic beauty. She was very successful around the world, and worked a lot in Paris. She was different, not a Barbie-like beauty. But she soon started to become obsessed by her looks.”

May she rest in peace.