Openly Gay Male Models List: Out on the Runway and Fashion Shoots. Because fashion and dressing well and looking good are often associated with gayness, there’s a big misconception out there that male models are gay. Of course, as in any other profession, some of them are indeed gay. Of those who are, some are closeted while some have come out and openly declared their orientation.

Let’s check out these openly gay male models starting with:

John Tuite and Carlos Santolalla. Both known as “Jarlos”, these lovebirds are making history as the first gay couple in the world of male modeling. Being an out gay male model is not a walk in the park and these two apparently left their agencies because they wanted them to play it straight.

More from nymag.com:
People would think that there would be a lot more gay male models than there are.
C.S.: I know. That’s a thing that we’re exploring all of the time.
J.T.: We were discouraged from identifying as being gay. They’d rather you be ambiguous about it.
C.S.: Every agent will tell you you have to play straight.
J.T.: It’s so fucked up. After coming out, I didn’t want to be weird about it again and act straight at castings. I met with this one agency and they said, “We’d like to sign you, but you have to delete your Instagram account with your boyfriend and you guys can’t go out to parties together anymore.” What the fuck? That was last year.

Are you with an agency now?
C.S.: We both dropped our agencies because of that. I was with Red and he was with Adam. It’s just uncomfortable and we didn’t want to deal with it.
J.T.: We were getting more jobs through our Instagram. Honestly, my agency sucked and never got me work anyway.
C.S.: We got that DKNY campaign because of our Instagram and all of these magazine shoots.
J.T.: We might sign with an agency. We’re talking to one.
C.S.: For a while, all the gay male models were coming up to us for advice and stuff. There’s not a ton, but there’s more now because of Marc Sebastian [Faiella]. 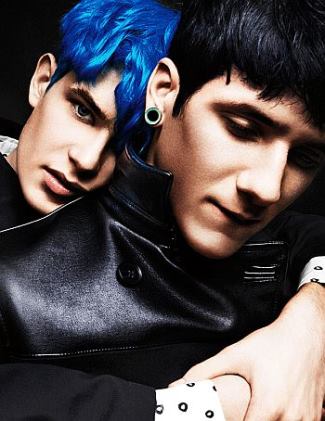 Shaun Ross and Devin Harrison. Shaun Ross, the model we earlier wrote about in Celebrity Albinos, now has a boyfriend and the two are headlining an ad campaign for Object Noir. Check ’em out: 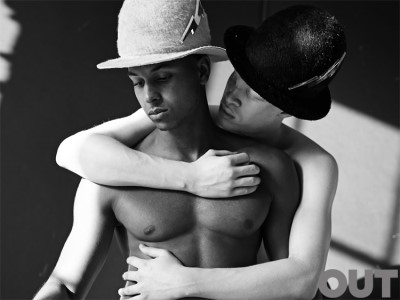 In an article for vice.com, he talks about homophobia in the modeling world: “After signing with my very first agency in New York I was summoned into a room by two agents, who doled out very clear instructions: I was to always carry around my skateboard, never wash my hair, and constantly talk about girls so I would appear ‘masculine and bad boy-ish.’ I was dumbfounded.”

But things are turning for the better because, according to Marc, there is now a growing acceptance for gay male models. Yay!

Matt Gordon. Next in our list of openly gay male models is this Canadian hunk who was discovered by an agent at the Calgary Stampede. Says Matt in an interview with narrative.ly: “I thought he was coming on to me. Just trying to seem powerful and important. But then he gave me his business card.” 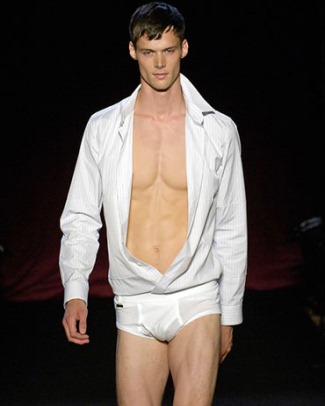 The rest, they say, is history. Matt Gordon went on to become a very successful openly gay male model signing advertising deals with brands such as Paco Rabanne, Hilfiger, Pringles of Scotland, Joop, and many more. In 2009, he was ranked #2 in Fortune Magazine’s list of the most successful male models.

Greg Kelley. He talks about being gay in the business in an interview with dot429.com: “I had no idea that the modeling industry was strict about being gay. I thought they were open about it because some designers are gay and lesbian. To be completely honest, my agency actually told me not to act too feminine in front of clients. I was allowed to at the agency, they were fine with it there, but outside of the agency I had to be ‘straight.’ The main reason is because clients in ‘the industry want MEN to be their brand, not little girls..”

He adds: “My agent there [in Milan] grabbed me and said, ‘I want you to stop hanging with Ruben, because when you two are together you act like little girls.’ I didn’t listen to my agent. I just thought [his comment] was rude. I mean my agents are totally fine with my sexuality, but they mold us to act straight.” 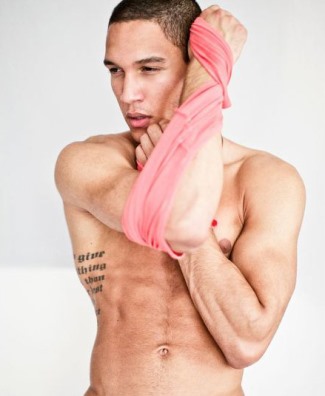 Will Jardell. A list of gay male models would not be complete without Will Jardell, runner-up on America’s Next Top Model Cycle 21. Here’s Will with his ANTM showmance partner, Matthew Smith. 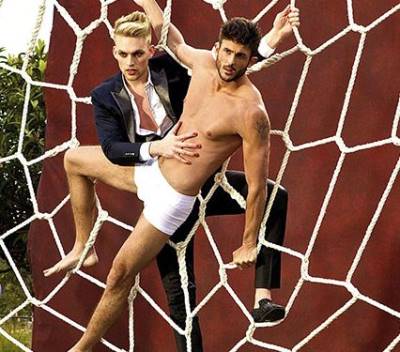 Well, that’s it for now. We know there are lots more we should have included but we plan to do a part 2. If you know of more openly gay male models who should be included in the list, tell us in the comments.