Garrett Clayton Underwear: Gay or Girlfriend? We’ve blogged about Clayton before (see Garrett Clayton Shirtless) but let’s talk about him again because why not. The now 26 year old actor has the best underwear game in town. And, as an update, we gotta mention that our now 18 year old niece is still very much infatuated with him.

Anyhoo, what do we mean when we say Garrett has the best underwear game in town? Well we mean the boy ain’t shy about showing us his underwear and, more importantly, he looks good in them too. For instance, here’s Garrett performing onstage in God Looked Away with the freakin’ Al Pacino. What’s happening here? Apparently, our Garrett is playing the role of a boytoy to Pacino’s daddy. 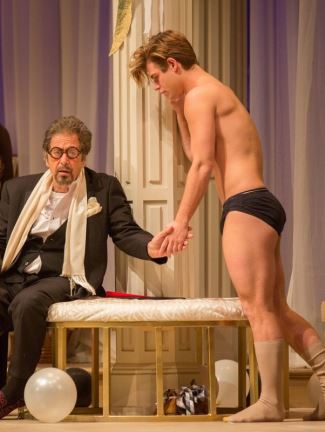 Next, here’s Garrett singing in his boxer briefs when he performed with The Skivvies in Los Angeles. 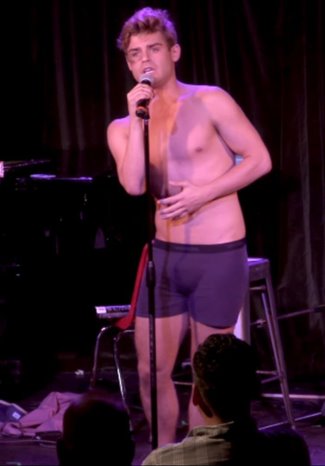 Now, those of you who watched James Franco’s film King Cobra would have seen our Garrett looking fabulous in his Speedo swimbriefs. 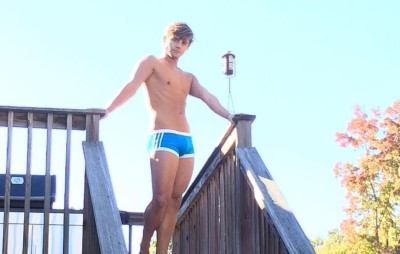 Apparently, the MeUndies underwear we keep hearing about being advertised on podcasts can also be used as a swimwear. Here’s our Garrett in MeUndies during a Just Jared pool party. 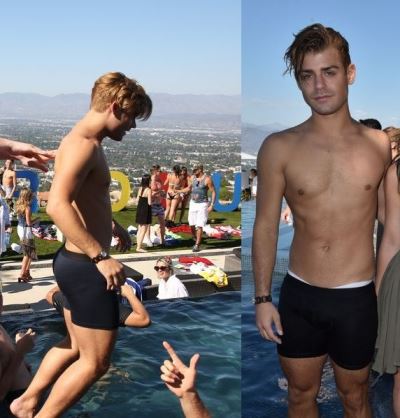 Our favorite of Garrett’s underwear photos would be this one he shared to his Instagram followers. Want more male celebrity underwear?

So aside from being the best in the Hollywood underwear game, what is Garrett doing these days? Well, he’s been pretty busy actually. Last year, he starred as Link Larkin in the live TV version of Hairspray. Watch out for him in two upcoming movies, Between Worlds and Reach.

Garrett Clayton Gay or Girlfriend? Is Garrett gay or straight? Does he have a girlfriend (or boyfriend)? He’d rather not talk about his personal life. And we, of course, respect that. From Out Magazine:

“I don’t really like talking about my personal life,” said Clayton, a former Disney star who will play Link Larkin in NBC’s Hairspray Live!, which is based on the John Waters musical. “I like a certain amount of veil. I’ve been very lucky this year. I haven’t been brought down because people are focused on who I’m dating, what I’m eating, or what handbag is the best handbag — that’s so cheap to me.”

“But if others want to open up about their personal lives, that is their choice,” he added. “It’s not for me to judge.”

So there you go, fellow Famewatchers.