Gabi Butler Boyfriend: Jordan Brooks-Wess, College Football Hunk. This post is for those of you who watched Cheer on Netflix, admired the queen of cheerleading that is Gabi Butler, got annoyed at her overbearing parents, and went, “I wonder if Gabi has a boyfriend who can rescue her from her situation?”

Well, first of all, how dare you. You think it’s still the 10th century where damsels had no agency and need to be rescued by knights in shining armor? Gabi is a strong woman who needs no rescuing. Besides, in interviews after the show started streaming, Gabi has revealed that she is now more in control with what she wants to do with her life after her parents saw how they came across on the show, reflected upon it, and decided to step back.

Second of all, yes he has a boyfriend. He is a college jock. His name is Jordan Brooks-Wess and he is a football player for Florida Atlantic University. This is him on the left or the one gazing at your soul. 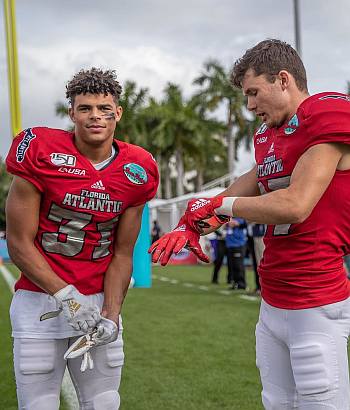 Here’s another photo of Jordan with his fellow Florida Atlantic Owls which, apparently, is the name of the FAU football team. 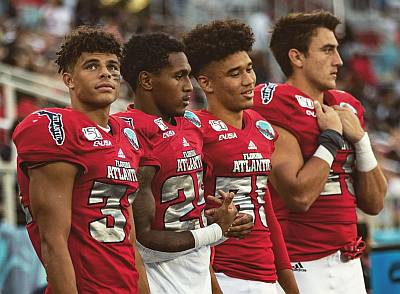 Owls? We gotta say it’s a team name that doesn’t inspire fear among its rivals. But, then again, owls are known to be wise and despite their seemingly innocent and “won’t do no harm” looks, they are actually birds of prey who hunt and eat other animals. So maybe the Florida Atlantic Owls are wise and silent but deadly? We don’t watch no college football so we, unfortunately, do not know.

Jordan Brooks-Wess Shirtless Photos. Now, we know that our Famewatcher readers are hos and THOTs who are always looking for shirtless pics of celebrities so we would not be doing our job if we don’t find any such photo of Gabi’s boyfriend. Here’s one we grabbed from his Instagram account (follow him @im_jbw): 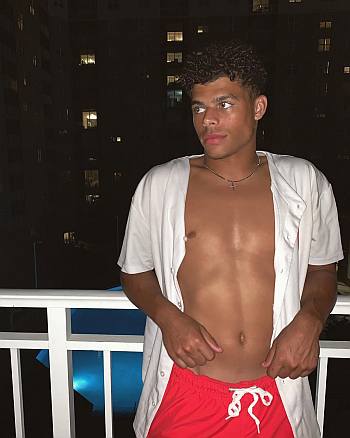 Jordan with his girl Gabi: 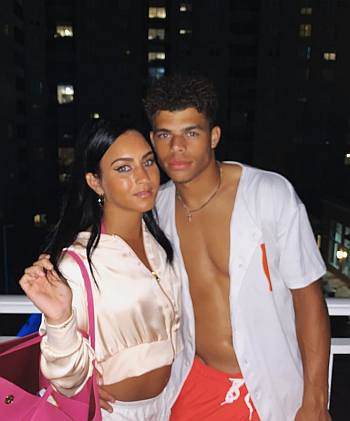 Admittedly, he’s not technically shirtless in the above photos but here’s one which shows a very literal definition of being shirtless on camera: 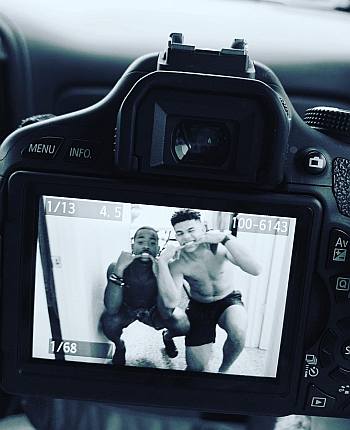 Gabi’s boyfriend looks good in his football get-up as well as when he’s sans shirt. It goes without saying that he looks good in “civilian” clothes too. 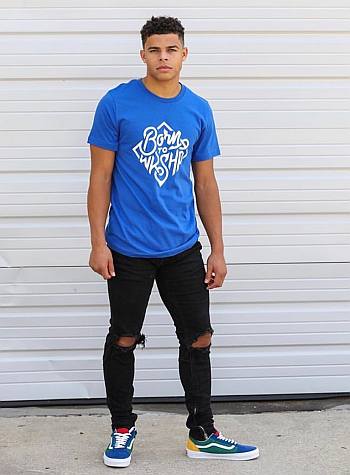