Greg Austin Shirtless, Abs, Wife, or Girlfriend?. We are updating this post to note that our British hottie is currently starring as Travis Leich on the Amazon television series Hunters which started streaming a few days ago. Of course, we would be remiss if we fail to note that, four years later, our Greg has sculpted him some impressive core which deserve to be included in our list of noteworthy celebrity washboard abs. 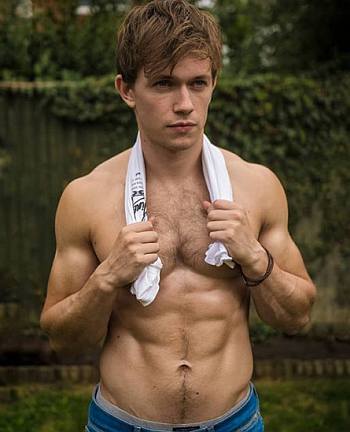 Our Greg must have done thousands of abs crunches and leg raises and whatever it is that gives you six-packs because, boy, is his body ripped. He must be blessed with good genes too because he does not seem to have forsaken calorie-ridden ice cream which has been the bane to most people trying to get in shape. 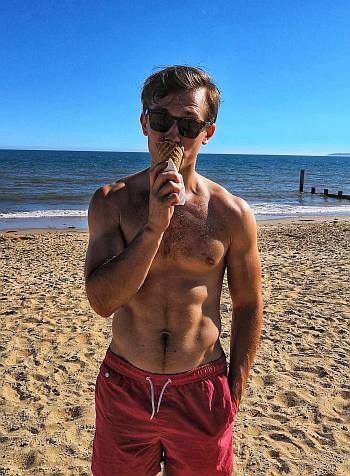 On the show Hunters, Greg is playing Travis Leich who’s described as an American golden boy who becomes a real baddie. In an interview with ew.com, here’s what he says of the character he plays: “He’s a normal American kid that has somehow been caught up with this re-emergence of Nazis because it allows him to express his violence and his lust for chaos.”

He’s so good on the show that Men’s Health Magazine has identified him as the breakout star of the Amazon series:


Travis, as played by Austin, is a terrifying presence every time he’s on screen. He’s a threat to any character he comes in contact with, and the stakes immediately feel raised when he enters a scene. The character almost feels like Lorne Malvo (Billy Bob Thornton) in Fargo or Anton Chigurh (Javier Bardem) in No Country for Old Men—when he comes on screen, you may end up blocking your eyes from seeing what happens next.

That’s an excellent review, ain’t it. We hope this means bigger acting gigs for him. Now, before we end this update, here’s a photo of our actor/gym bro looking cool and hot in a pair of Calvin Klein boxer briefs. Niiiiiice! 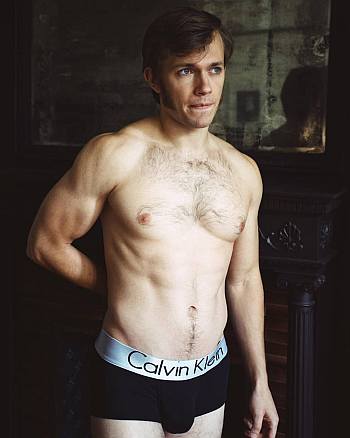 …..
Greg Austin Gay or Straight in Real Life? (31 October 2016). Like Fady Elsayed, Greg Austin is starring in Class or the new BBC TV series which is getting pretty good feedback from reviewers. 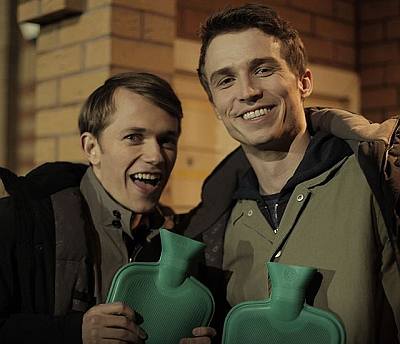 As some of you may already know, Class is a spin-off of another BBC show Dr. Who which is much loved by critics and audience alike. Will Class be equally loved? The feedback has been great so far but we’ll have a more definite answer in a few weeks as more episodes air.


Charlie might seem a little odd – he’s reserved, posh and doesn’t really ‘fit in’ at Coal Hill. Cultural references, sarcasm, jokes – in fact normal teenage life just goes completely over his head. But you can forgive him for that when you realise he’s not a normal teenager at all… Charlie is an alien Prince from the beautiful planet Rhodia, and the very last of his kind. Forced to flee his planet when Rhodia is invaded and obliterated by the monstrous Shadow Kin, Charlie has ended up at Coal Hill utterly alone – with only his enemy Miss Quill for company. Bewildered by his new life, Charlie finds a sense of belonging only in Matteusz, who is also a stranger to London.

Matteusz (played by Jordan Renzo), it turns out, is also a friend of Dorothy. Here are some screencaps of Matteusz and Charlie who are lovers on the show. [Update: Sorry, we had to delete the photos.]

For those of you wondering, Greg is actually straight in real life. And he just got married. He tied the knot with Abigail Cole last week, 22 October 2016. Here’s a pic taken during their wedding which we grabbed from Greg’s Instagram account (follow him at @greg.austin). Now that’s a happy couple. Congratulations, you two! 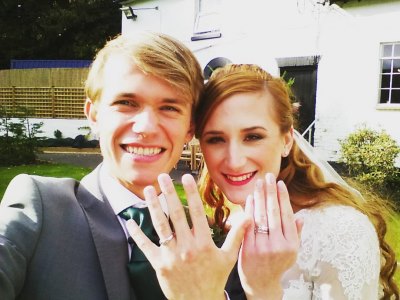 Greg and Abigail during their engagement. 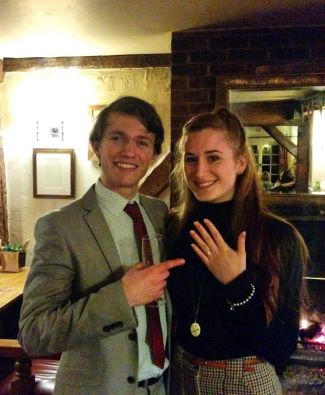 Greg Austin Shirtless Photos. This section is for those of you looking for Greg’s shirtless pics. 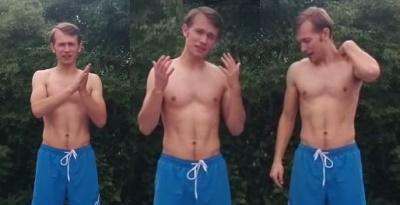 We screencapped the images from his Youtube video promoting teenage cancer research. 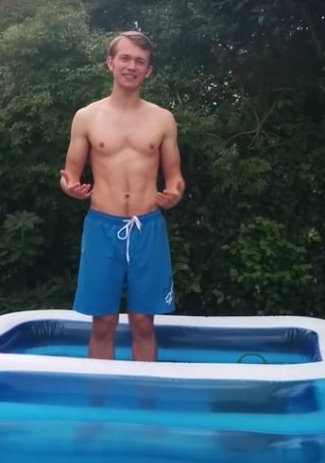 That’s it for now, fellow Famewatchers! Again, congratulations to Greg and Abigail for tying the knot!