Formal Suits for Men: Celebrity Fashion Style Guide. It’s the time of the year again when the denizens of Hollywoodlandia recognize their members with things like “Best Actor Award”, best director trophies, Oscar statues and that kind of thing.

We’re really not into these Awards thingie mainly because our favorites never win but our friend Kevin loves these award ceremonies because he can ogle at what his favorites are wearing.

We asked him to check out the guys’ red carpet suits at the recent Critics Choice Awards and to tell us who’s wearing the most fabulous formal suits for men. He sent us these guys as the best-suited men. Check out the pics below and see whether you agree with Kevin’s picks. 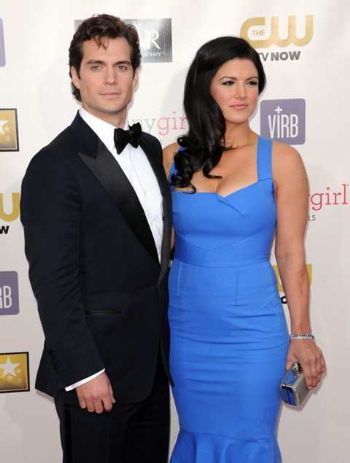 The new Superman Henry Cavill is looking like a well-behaved schoolboy in the pic below. Who’s that girl in blue? That girl, fellow Famewatcher, is his girlfriend Gina Carano. We guess this answers in the negative the “Is Henry Cavill Gay” question, eh?

By the way, Henry is wearing a suit by Tom Ford while his new squeeze is wearing a dress by Roland Mouret. She’s looking pretty gorgeous in them, we must say. 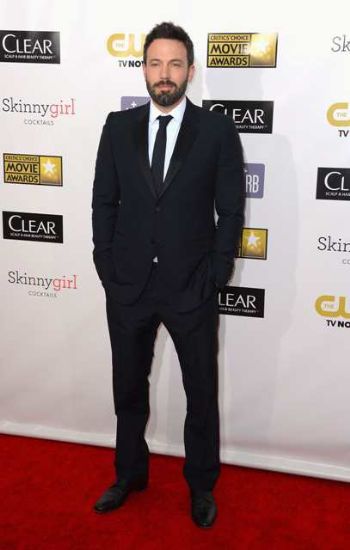 Next up in Kevin’s “Best Male Celebrity in Suit” is Ben Affleck. We gotta give credit for this guy for being multi-talented. His acting is usually criticized especially at the early part of his career but he is a pretty good director. We remember sitting at the end of our sit watching Gone Baby Gone (his very first movie if we are not mistaken) because the movie was so engrossing. So we made sure to go watch his other Boston movie …. hmmm, we can’t remember the title of the film but its about a group of bank robbers. Anyhoo, we also loved that movie. 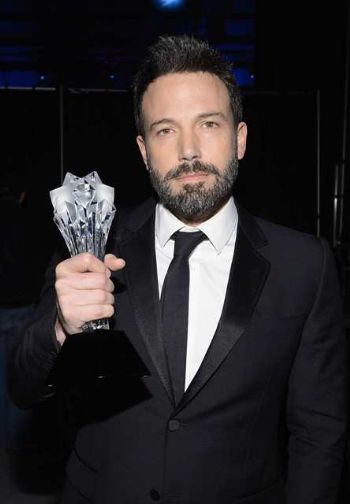 As for Argo, we didn’t like it as much as the other two but it ain’t bad. Haha. Anyhoo, here’s Ben and his Critics Choice best director award for Argo. Way to go, Benny! By the by, Ben is wearing a suit by Gucci. Want more Gucci Suits for Men?

Third in Kevin’s list of best-suited celebs during this year’s Critics Choice Award is our imaginary boyfriend Bradley Cooper who is slowly proving himself to be a very capable actor. In fact, he won a Best Actor Award for his role in the Silver Linings Playbook at the Critics Choice Award. More importantly, he also earned an Oscar nomination for the same role. Yay for him. 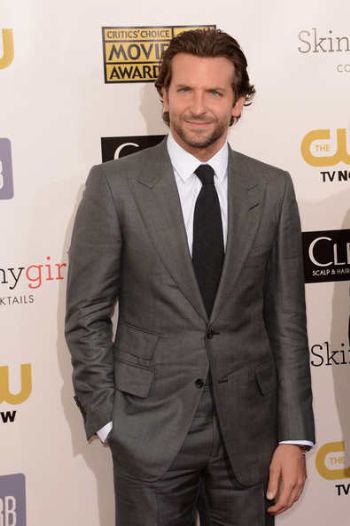 Like Henry above, Bradley is wearing a suit by Tom Ford. By the way, we must say that like Ben, Bradley is also proving his critics (admittedly, this includes us) wrong. We once thought that he is just a pretty boy with nothing but a pretty face but he is emerging to be a very capable, talented actor. He is kind of like Mark Wahlberg and that guy who produced Magic Mike who also overcome their prettiness and proved that is something more “there” there. [Kevin reminded us that the guy who produced and acted in Magic Mike is male-supermodel-turned-actor Channing Tatum.] 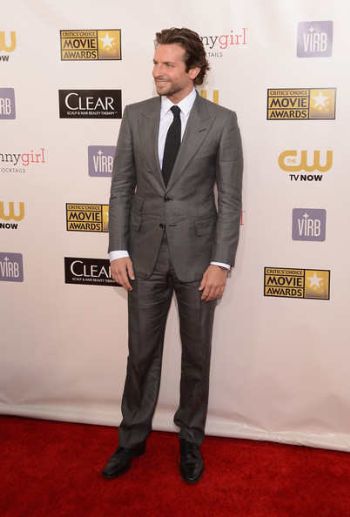