Patrick Warburton Shirtless American Daddy. It’s time for another post featuring a hot guy in his 40s and this time, let us focus on American daddy Patrick Warburton. Nope, he is not a professional boxer despite the impressive bulging biceps he is sporting in the pic above. Patrick, for those of you not familiar with him, is an actor. You might have seen him in the 1990s sitcom, Seinfeld, where he was a recurring character.

Presently, he’s one of the main characters in the TV series, Rules of Engagement. Here’s a screencap of Patrick from an episode of Rules. Want more Hot Men in Their 40s? 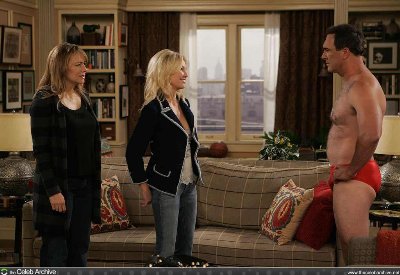 You want a close-up of Patrick in his red undies, don’t you? Here you go, Famewatchers. Want more men in red skimpy outfits? Check out these Red Speedo Swimsuits for Men! We know you’ll love it. 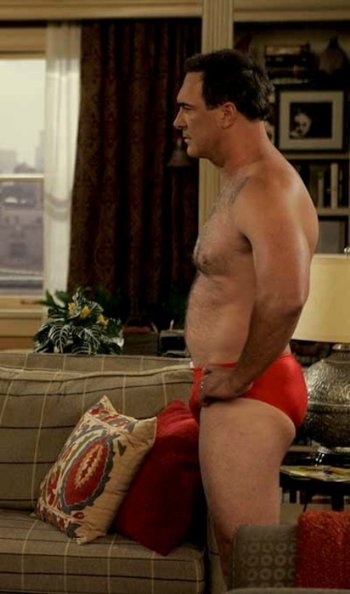 For a man in his forties, our Patrick sure is in pretty good shape isn’t he? For the record, he is 48 years old having been born in 14 November 1964.

Now, here’s Patrick when he was a young sapling at the time when men were proud of their chest hair which is soo unlike today when metrosexuals (and their smooth chests and their Brazilian waxing) are ruling the male fashion world. 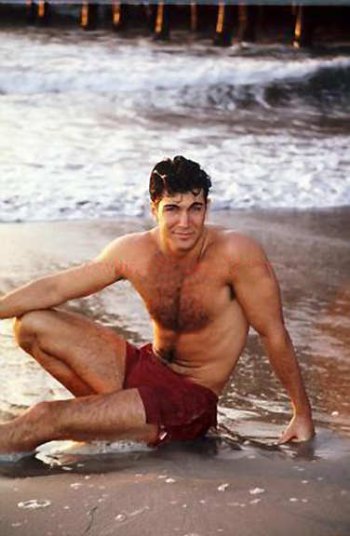 Here’s another pic of a young Patrick from the 1987 film, Dragonard. 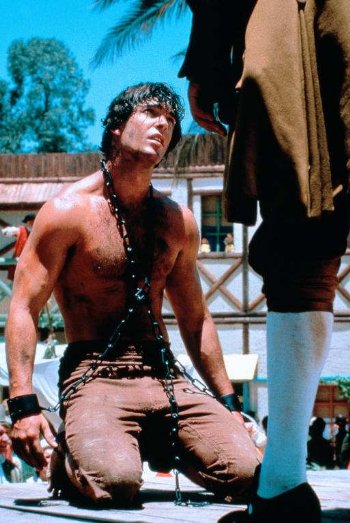 Why is he in chains? IMDB gives us the answer in this summary about the movie:

In 1747, a handsome but rebellious Scotsman named Richard Abdee is auctioned off as a slave on a Caribbean island controlled by French and British sugar-planters. When caught having sex with his owner’s wife, Abdee is given 100 lashes with the dreaded “dragonard” whip. This sentence is meant to be fatal but Abdee survives and later joins in a slave revolt which puts an end to the island’s era of savage whippings.

It goes without saying that our Patrick played the role of the handsome but rebellious Richard Abdee. 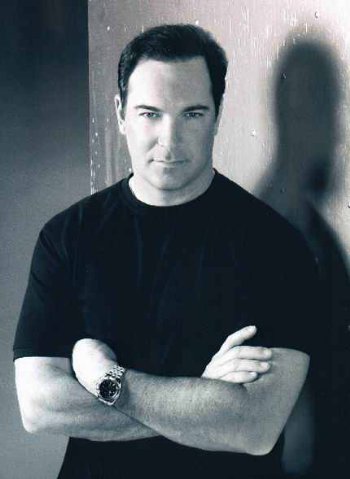