Female Celebrity Cartier Watch: Guide to Women’s TV Watches. Here’s a list of your favorite female characters on TV wearing Cartier watches. Let us start with our favorite character of them all, the fabulous Dr. Joan Watson on Elementary who is played by the beautiful Lucy Liu. 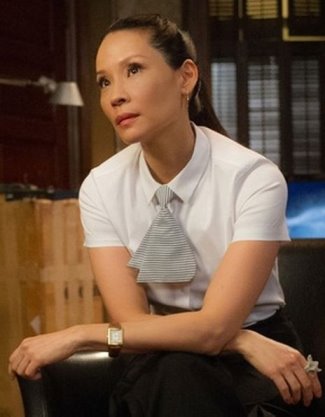 Another episode in Elementary where Lucy is wearing her Tank Louis Cartier Watch. For those of you wondering, you can buy this Cartier ladies watch for about $9,000. 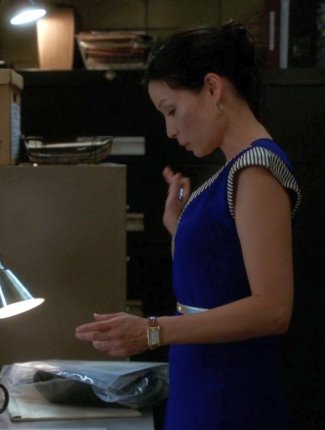 Next up in our female celebrity Cartier watch list is Annalise Keating, the brilliant and manipulative lawyer/professor played by Viola Davis in the hit ABC show How to Get Away With Murder. How indeed? Hmmm, maybe the more important question for our Famewatcher purposes is how do we get eleven grand to buy a Cartier watch like the one Annalise is wearing? Yup, Professor Keating’s Cartier Tank Americaine watch is worth $10,995. 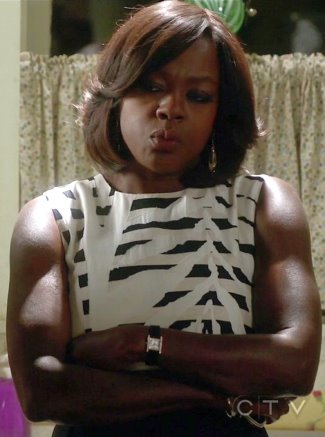 Third in our list of female celebrity Cartier watch wearers is Claire Underwear who is played by Robin Wright on House of Cards. Claire’s watch on the left is a Cartier Tank Francaise Bracelet Watch which you can buy for $4,250. The one she’s wearing on the right, a Tank Louise Cartier Watch, has a higher price tag at $7173. [Correction: OMG, we called her Claire Underwear instead of Underwood. We are not editing out the mistake because it is kinda funny.] 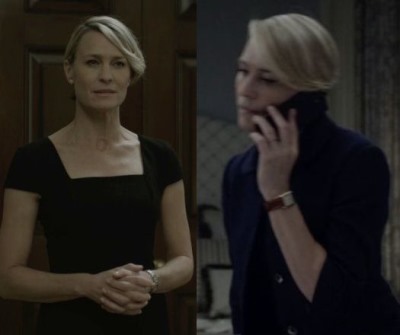 Last but certainly not the least in our list of female celebrity Cartier watch is this Cartier Tank Americaine White Gold Midsize Watch worn by Spencer Hastings (played by Troian Bellisario) on Pretty Little Liars which is being aired on ABC Family. 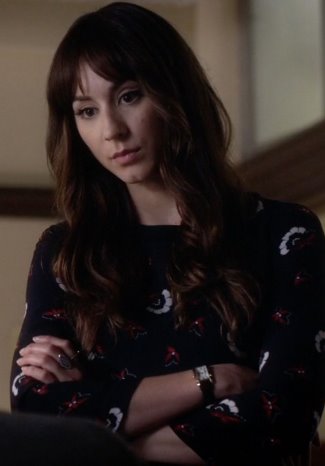 So how much is a Cartier Tank Americaine watch like the one on Spencer/Troian? You can have it for the very sexy price of $9,553.

So WatchWatchers, what do you think of our female celebrity Cartier watch list?