Celebrities Wearing Kilts: Famous Men Looking Stylish Hot in Kilts. We’ve been blogging about Hot Men in Kilt for some time now and, because you clearly love some kilt-wearing dudes, here’s another post on guys rocking their kilt outfits. Of course, any post about men in kilt that does not include Sam Keughan — aka Jamie Fraser of Outlander — would be incomplete, so here’s our Jamie posing in kilt for Sassenach Spirits. 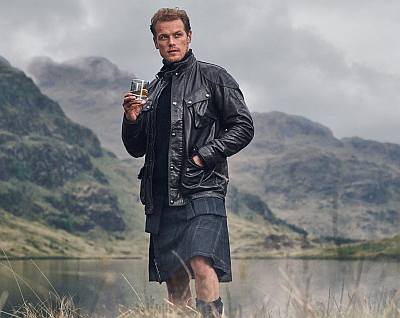 Next in our list of celebrities wearing kilts would be the foursome of Brian Austin Green, Harold Perrineau, Peter Cambor, and Derek Miller who starred on the TBS show called the Wedding Band about four friends who perform in weddings. Unfortunately, the show did not do well in the ratings so it was cancelled after only one season. 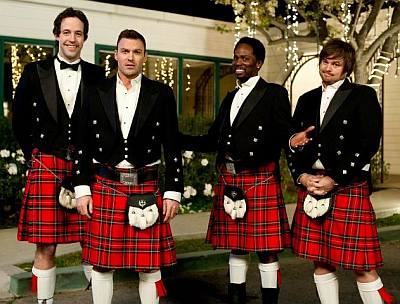 Speaking of band members wearing kilts, check out the Celtic Thunder performing on stage in their kilt outfits. If there’s ever an ambassador for the Kilt Nation, these guys would be it, no? 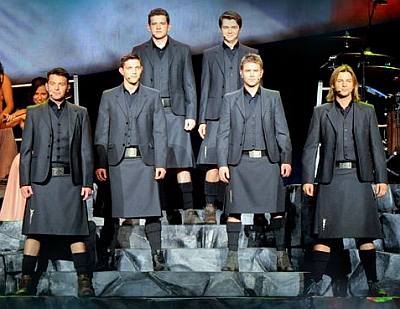 Of course, we already wrote about him in an earlier post but we’d be remiss if we don’t include this shirtless photo of Chris Meloni wearing nothing but his kilt which he shared on Twitter a few weeks ago to his fans who are bored quarantining. 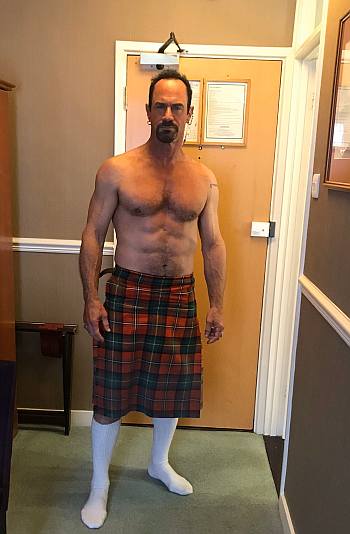 Back in June 2018, our imaginary British boyfriend Richard Madden wore his kilt to the wedding of his Game of Thrones co-stars Kit Harington and Rose Leslie in Aberdeenshire, Scotland. Way to go, Dickie. (Yeah, that’s what we call him.) 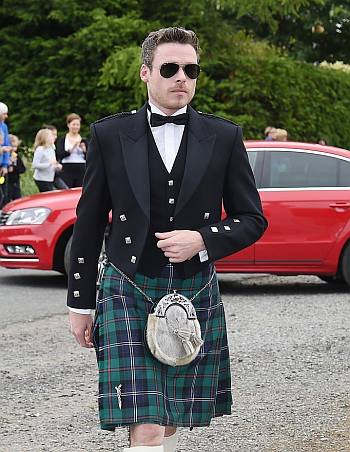 We’ve already blogged about him and his kilt-wearing ways but here’s a recent photo of Gerard Butler rocking a kilt at the 2020 Cinema for Peace gala in Berlin. The event was held last February or a month before the world went on lockdown to fight the corona virus. 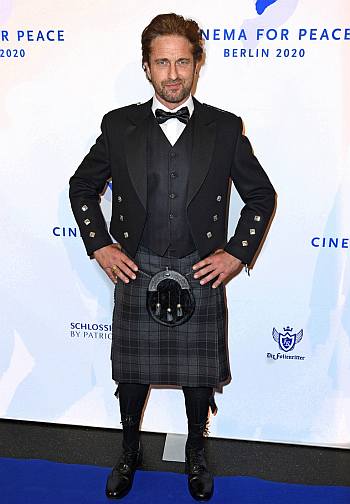 Apparently, the Dressed to Kilt fashion show which we blogged about in the past is still a thing. Niiice. Check out our favorite rugby-playing brothers Max and Thom Evans rocking their kilts during the April 2019 edition of said show. 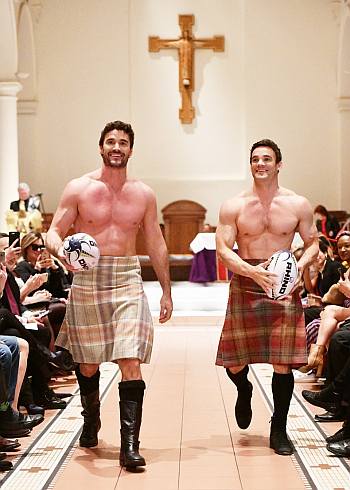 Last but not the least in our list of celebrities wearing kilts would be comedians John C. Reilly and Steve Coogan who wore kilts during the London premiere of their 2018 movie Stan & Ollie. 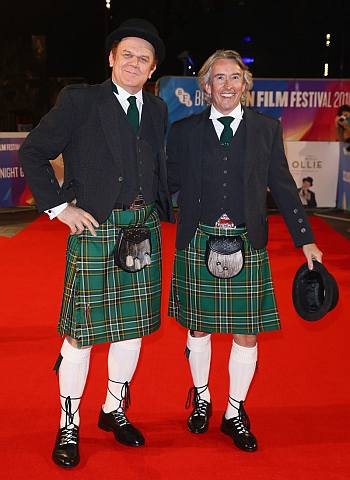