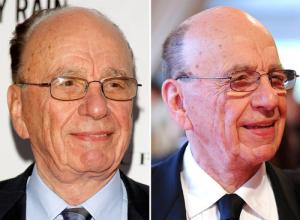 Face Lift for Older Men: Rupert Murdoch Had Jessner’s Chemical Peel? The guys and gals at Gawker are asking whether Rupert Murdoch, aka The King of All Media, had some kind of cosmetic surgery (such as, say, a face lift). A plastic surgeon they consulted thinks he did not but that he most probably had a chemical peel.

Says Gawker’s source: “Rupert Murdoch does look a bit more youthful in the more recent photo. I doubt he’s had any actual surgery done, since the changes are pretty subtle. His skin looks a bit tighter, smoother, and brighter. A facelift or other actual surgeries would create a much more dramatic change. I believe he may have had a chemical peel, such as a Jessner’s Peel, or laser resurfacing treatments, such as the Cynosure Affirm fractionated laser. These treatments cause the skin to look tighter, remove fine lines, and leave no scars.”

Maybe Rupert had them procedures just so he won’t look like his wife’s granddaddy, no? 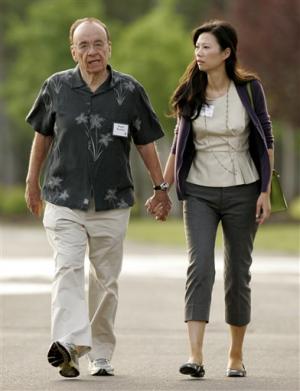 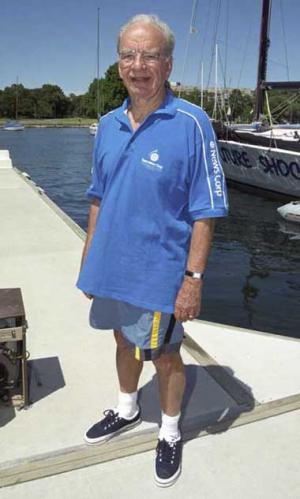 *****
UPDATE (22 December 2011): Apparently, older guys having plastic surgery is becoming a trend these days. According to a study recently released by the American Society of Plastic Surgeons (ASPS), more men from the baby boomer generation are going under the knife to improve their looks.

Why are men getting cosmetic enhancements? ABC News quotes a man named Joe Marek who tells us why he did it: “I’m more active than most people my age. I don’t feel old, I feel good, but people were coming up to me and saying, ‘You look tired. You look run down.’ I got tired of it. A lot of people I talk to about it (i.e., his plastic surgery), I end up finding out that they’ve thought about it themselves.”

And what are plastic surgeons saying about this growing trend among men? Here’s what Denver, Colorado plastic surgeon Dr. John Dillard says about the matter: “The baby boomers are living longer, healthier lives than their parents did. 65-year-olds then were grandparents, today they are climbing mountains and running marathons. They’re spending more time in front of the mirror and holding themselves to a higher physical standard.”

And from ASPS President Dr. Phil Haeck: “I get men out of work who want to look younger because they’re competing with guys 20 years their junior for jobs. That’s a very different attitude towards surgery than we’ve seen in the past. I think there’s a social change here. I think it’s just as acceptable for men to have plastic surgery. Every men’s magazine focuses on looking fit and looking good. Men are willing to try out skin care products and it’s not thought of as gay — it’s opened up a whole new world of possibilities to guys.”

So there you have it folks, if you belong to the boomer demographic and are thinking of cosmetic enhancements, it is reassuring to know that you’re not the only one considering the option.