Ten years ago, Enzo entered the Big Brother house as one of the cast members of Big Brother 12 and, as noted in his bio below, he was a founding member (ain’t he actually THE founder?) of one of the best alliances ever created in this reality show.

But we are not about alliances and strategies here on Famewatcher. As you very well know, we are about shirtless celebrities and reality stars so we went looking for some shirtless Enzo pics and these are what we found on his Insta account (follow him @enzp_).

First, here’s a photo for those of you looking for a hot and smoking Enzo: 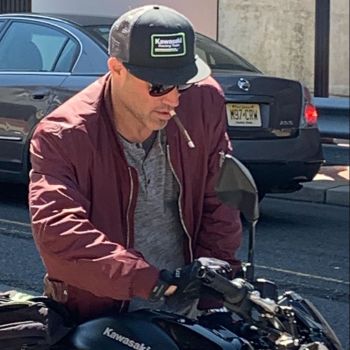 And here’s Enzo joining the Guys With iPhones club. His hair may be going to the heavens but you can’t say he doesn’t have well-defined abs. 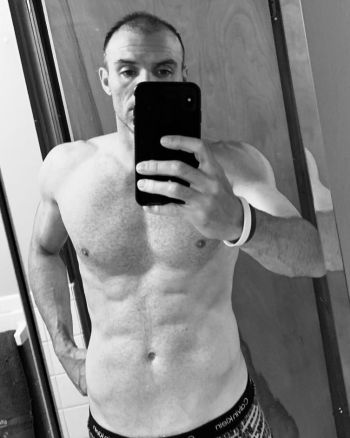 Chillin like an Eastern European bro with his Adidas and all. Question for those in the know: What country is known for their love of Adidas? We just know it’s near Russia. 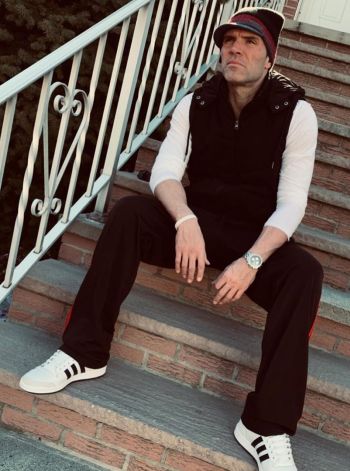 A shirtless Enzo chillin’ on the beach. 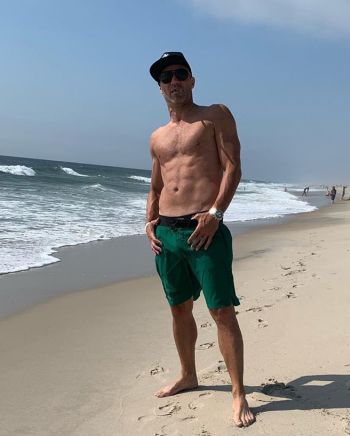 Giving himself a haircut during the Age of Rona and, at the same time, giving us a glimpse of his Calvin Klein underwear. 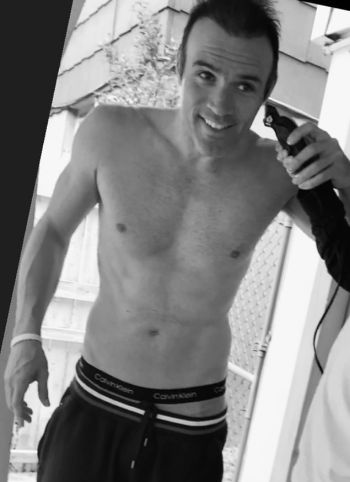 Enzo Palumbo Girlfriend or Wife? We have no clue on this but hope to update this section once we learn more about his relationship status.

Finally, here’s the cast bio of our New Jersey house guest from his CBS profile:

Previous season: Big Brother 12. Enzo was the founding member of The Brigade, one of the most famous and successful alliances in BB history that helped him get to the Final 3.

Three adjectives that describe you: Funny, cool, and obnoxious.

Favorite Activities: I like bike riding with my kids, fishing, working out, and rapping with friends!

Why do you want to play Big Brother again?
I want to play to seal my legacy, not only as being part of one of the best alliances, but now one of the greatest to ever play! #facts.

What do you think will be the most difficult part about living inside the Big Brother house?
Easy: I will miss my beautiful kids!

Which past Big Brother cast member did you like most and why?
I liked Evel Dick because he’s nuts and didn’t hold back.

What is your strategy for winning the game?
I want an arch enemy this time to keep me sharp.

How does this strategy differ from the last time you played?
It was too easy the first time I played, I thought I was being punk’d!

Have you changed/evolved since the last time you were on the show?
I have sat back the last 10 years and watched the game through the eyes of a fan, I know how a diehard fan loves for the game to be played!

What would you take into the house and why?
-Hats and shades.
-Brigade shirts to represent my squad.

Fun facts about yourself:
-I used to box.
-I have a motorcycle.
-I speak Italian.
-I can rap.