For those who only watched him on TV and are clueless about his personal life, the lady beside Larry is his wife Shawn Southwick. It looks like she is older than him but we think it looks like that only because she is wearing high heels. 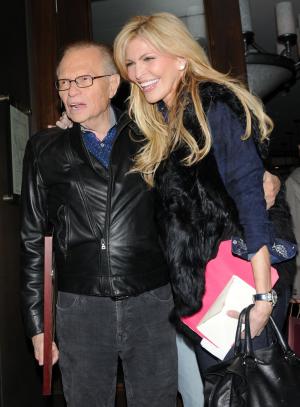 Want another old guy who rocks his leather jackets? Check out our post on Pierce Brosnan Leather Jacket. But before you do that, here are the sartorial styles of some of our favorite older male celebrities. 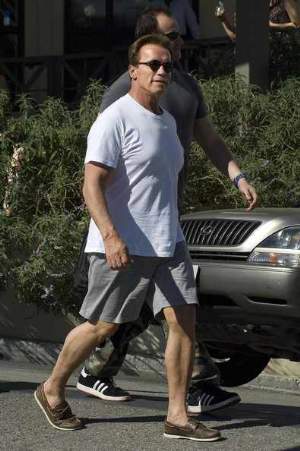 The Governator really loves him his short pants and white shirt combo, doesn’t he? This time however, he’s wearing a pair of Nike shoes. 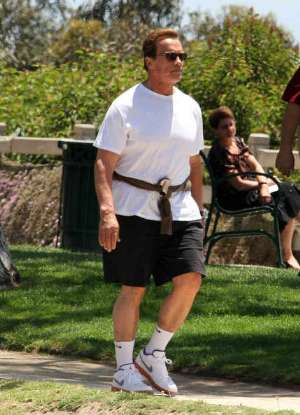 Bill Clinton. Wondering what to wear when you are going to marry off your daughter? Why not do a Bill Clinton and wear a Burberry suit by Christopher Bailey. Too expensive? Any suit will actually do so long as it is the right fit for you. 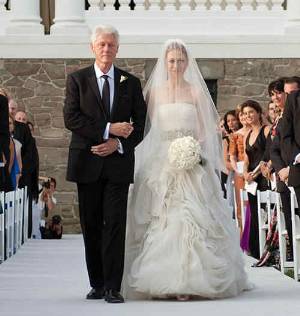 Before the wedding, the former President went uber-casual in jeans and a polo shirt when he met the “commoner” well-wishers of her daughter. 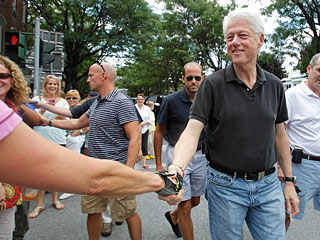 Clint Eastwood. Of course, older guys can wear jeans. In fact one of the royalties of Hollywood, Clint Eastwood, looks cool in his denims. He’s wearing a J Brand jeans in this photoshoot for GQ Magazine. 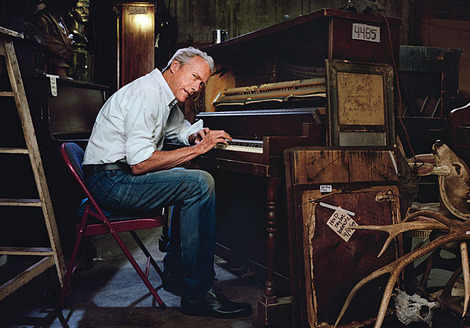 And it’s another blue denims for the Dirty Harry star in the GQ Mag cover. He’s wearing a J45 Cotton Linen Armani Jeans. 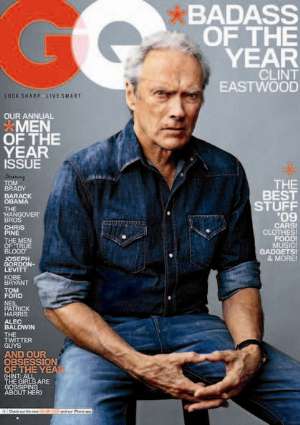 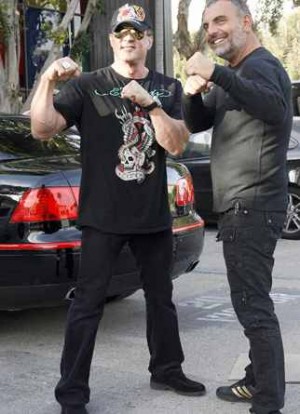 Tell him older guys should not wear Ed Hardys and you’ll get a kick in the ass. It’s going to be a well-deserved kick too.

Stallone may be in his mid-60s but he’s proven that he can still pack cinemas with his latest movie, The Expendables. He’s also proven that older dudes can look badass and hawt in a Ray-Ban 3029 Outdoorsman Aviator Sunglasses. 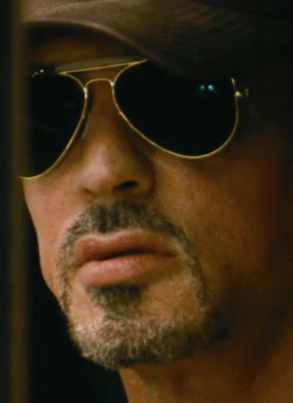 Larry King. Let’s end this post on Old Men Fashion Style with the man we started it, that is, with the awesome workhorse that is Larry King. 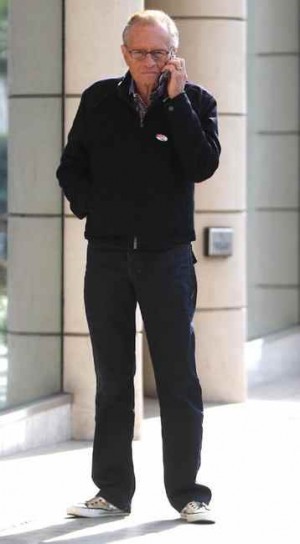 We gotta give this guy a medal for his work ethics because he kept on working and working and working until he reached the ripe old year of 77. Doesn’t he look cool in his sports jacket, straight-cut denim pants, and a pair of Converse Chuck Taylor All Star Metallic Lo-Top Shoes?