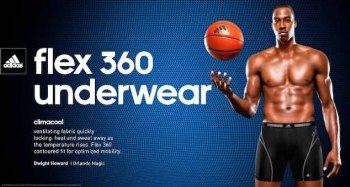 Anyhoo, here’s some of the specs of the underwear that Dwight would want you to wear:

As none of us here at Famewatcher have tried Adidas Flex 360 (it’s safe to say that none of us are the sporty kind), we don’t know how this faves vis-a-vis other kinds of underwear. Those of you who tried it might want to do a review of Adidas Flex 360 in the comments. Is it good? Comfortable? Loose enough? Tight enough? Affordable or expensive? Let’s take another look at this Dwight Howard underwear for performance purposes by Adidas underwear. 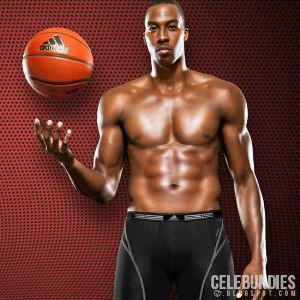 Wowza! This basketball jock sure is taking very good care of his body. No wonder the guys at ESPN Magazine included him in their The Body Edition back in 2009. Want to see more Hot Basketball Players? 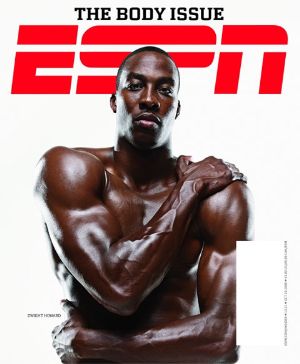 Want another shirtless photo of this NBA All-Star baller? Here you go! Hot damn! The guy’s fuckin’ fit and totally shaggable, no? So manly and virile. Hehehe. 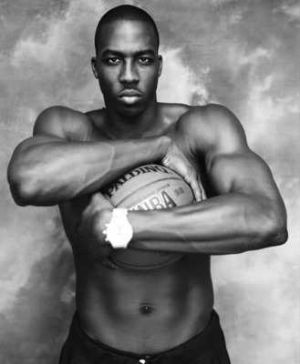 Another photo of Dwight in a pair of boxer briefs. Or is simply shorts? It’s hard to tell but boy does he have a sculpted body that mortals can only dream about. 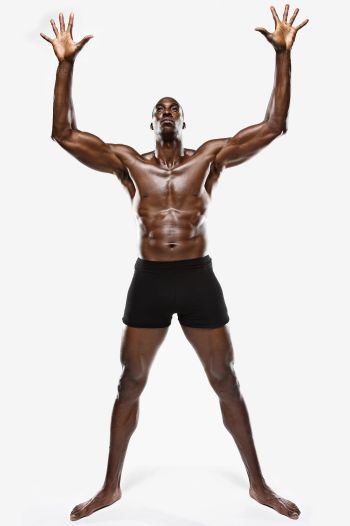