Dustin Milligan Shirtless, Underwear, Gay or Girlfriend. Thank you Netflix for introducing us to the beautiful and hunky man that is Dustin Milligan. He plays the role of the bumbling but trigger happy and therefore very dangerous military dude Sgt. Hugo Friedkin. We kinda hate his character but we love ogling at him so thank heavens there is going to be second season for the Netflix/BBC America show.

Anyhoo, here are some Dustin Milligan shirtless photos for those of you looking for shirtless pics of the stupid but hot guy on Dirk Gently. We grabbed these images from the 2011 movie Shark Night 3D. 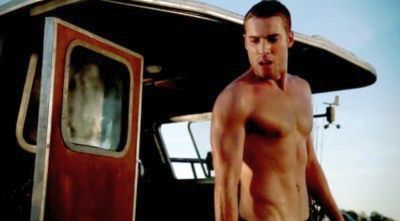 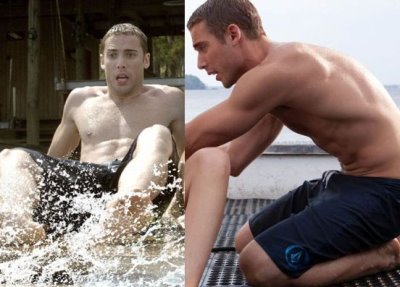 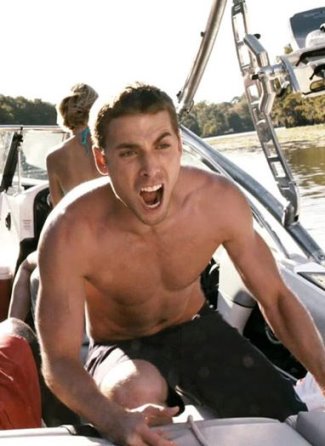 Dustin Milligan Underwear: Boxers of Briefs? What does our Canadian hottie prefer to wear when it comes to his underwear? According to some posters at soapopera.com our Dustin likes to go commando but he sometimes wear a thong. We don’t know how accurate the information is but we’re pretty sure you’d agree that it would be hot to see Dustin wearing a thong? Right? 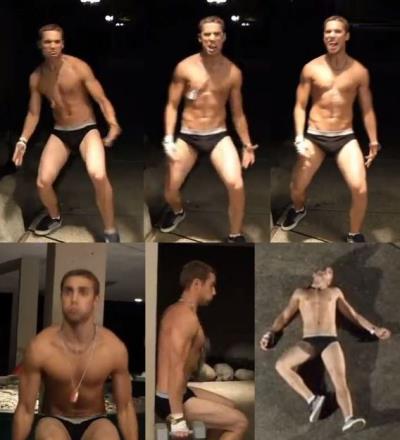 We screencapped the above images from his music video Guns. Here’s the video version which you should watch because who doesn’t want to watch a gyrating Dustin. Oh, the music is actually good too.

Dustin Milligan Gay or Straight? Our friends at gayorstraight.com have given him a 71% “highly gay” gaydar score but he is actually straight. But he did play a gay guy in the Ghostfacers episode of Supernatural. Here’s Dustin as the gay intern Alan J. Corbett who has a crush on Ed Zeddmore (played by A.J. Buckley). 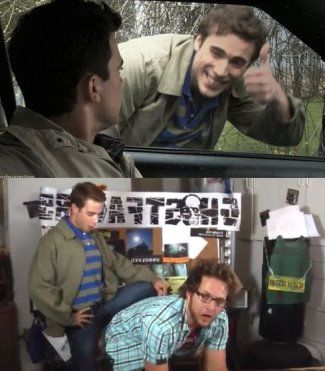 Dustin Milligan Girlfriend, Wife, or Partner. He has been in a relationship with actress Amanda Crew since 2010. Here’s a photo of the couple. 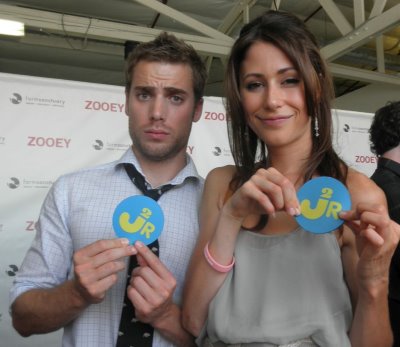 Let us end this post with our favorite Dustin Milligan shirtless photo which he posed for for V Magazine. 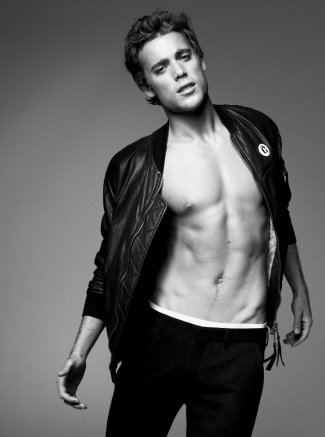