Declan Donnelly Hair Transplant, Propecia, or Toupee? Did our favorite British guy Declan Donnelly have a hair transplant as the two images below appear to suggest? Or is the left photo — which shows him with kinda thinner hair — just a case of focused lighting and camera angle? 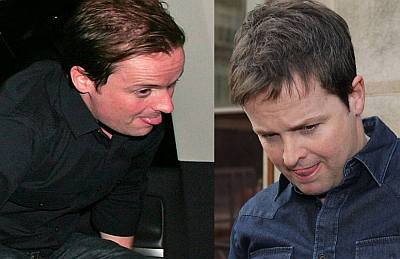 Apparently, if a source who talked to The Sun back in 2012 is to be believed, our Dec did not have a hair transplant but has taken taken some tablets to combat his hair loss. Want more celebrity hair transplants?

“Declan has certainly not had a transplant. He knows his hairline is receding and has taken some steps to tackle it. There are all sorts of remedies out there you can get, including tablets and shampoos. He’s not exactly kept it a secret. He was even joking about it at the NTAs as people he hadn’t seen for a while had noticed the change.” 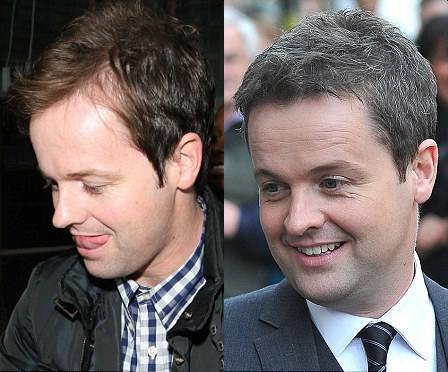 Also in 2012, another source — who may very well be the same guy above — blabbed to the Daily Mirror and had this to say about Dec’s hair regeneration:


“The tablets are the best thing on the market. They are working really well to boost his follicles and Dec says he is thrilled with the results. Everyone knows in TV image is everything. Dec was worried that hair loss could impact on his career so he decided to be proactive about it. The treatment uses a combination of tablets and special chemical shampoo to stimulate hair growth, but it’s not as expensive as people might think. The pills are quite cheap to get hold of.”

Although the source/s do not exactly name the tablet that Declan is taking in, those in the know suggest that it may be Propecia which was approved by the FDA as treatment for male pattern hair loss. It seems to be working great on our Dec as you can see in this photo taken from the National Television Award held last month at the O2 Arena. 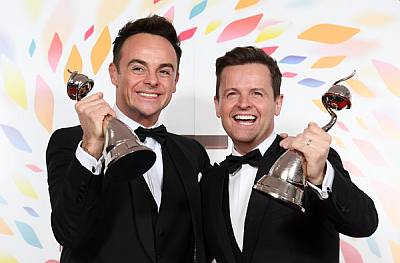