Sexy Guy in Tank Top Shirt. Let’s add David Witts to our list of hot guys in tank top shirts. David, for those of you who don’t watch British TV, is an actor who played the role of Joey Branning in the BBC soap opera Eastenders. Unfortunately, he left the show last year so he’s no longer sizzling on the small screen. 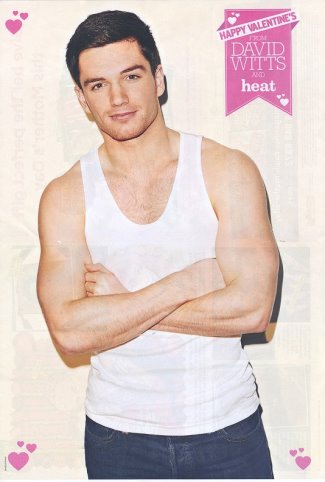 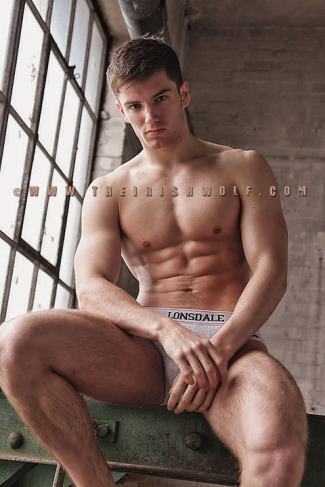 David Witts Underwear Photos. Did our David ink a deal to model Lonsdale underwear? Or is he a fan of the brand who simply wore his favorite briefs to this photoshoot? 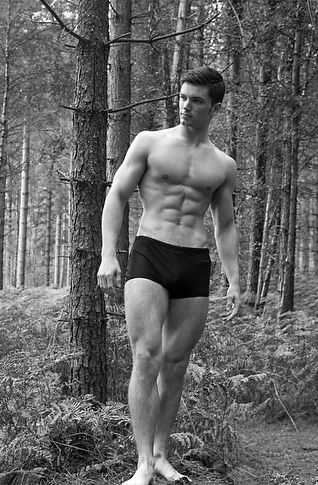 We can’t find any report saying that he signed an endorsement contract with Lonsdale so its safe to assume that he simply loves him his Lonsdale undies and decided to wear one for this shoot. If you ask us, the Lonsdale powers-that-be should thank him because we won’t be aware there’s such a thing as Lonsdale undies if not for David’s pictures. They should send him free underwear for life. Haha.

We wanted to learn more about Lonsdale and we found out that it’s more of a boxing/MMA clothing brand rather than an underwear label. From wikipedia:

Lonsdale is a boxing, mixed martial arts and clothing brand that was founded in London, England in 1960. Ex-boxer Bernard Hart started the brand as a boxing equipment company, but it eventually branched out into clothing as well. The company is named after Hugh Cecil Lowther, 5th Earl of Lonsdale, who in 1891 set up the first organised boxing matches with gloves, following the deaths of three boxers in bare knuckle fights.

[Update: Apparently, posed for the underwear photos to build his portfolio. The pic was shot before he joined Eastenders and went sort of viral when he became famous.]

David Witts Shirtless. Another shirtless photo of David who was described by fellow Eastenders actor Ben Hardy as having “the best body out of all the guys in the cast of EastEnders”. 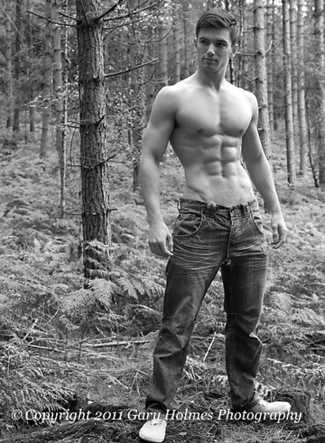 Is David Witts Gay or Straight? He is straight as an arrow but he ain’t mind if you think he’s gay (or if his Eastenders character turned out to be gay). From pinknews.com:

EastEnders star David Witts has posed for Attitude and says that he would be happy if his character Joey Branning turned out to be gay – but he thinks it’s unlikely.

“I think it’s very unlikely that he will end up gay. But if he did, that would be fine,” DS reports the 21-year-old actor said. “I’m not opposed to it. I’ve played gay before.

“I get [called gay] all the time. You type ‘David Witts’ into Google and the suggested third word is gay. I’m like, ‘No! He’s not gay!’ But because he’s nice, and he’s not like his character, he must be gay. No! Broaden your mind a touch.”

Witts, who is heterosexual, also described himself as “a little more awkward” than his “d*ck” of a character, but said that he is not opposed to stripping off more on EastEnders if the producers requires it.

“I am a little more awkward than Joey in the way I carry myself,” he said. “I don’t dress in a masculine way like Joey. Everything he wears is to enhance his physique whereas I would sooner just cover myself up with a big coat and a hat and a pair of glasses.”

David Witts Girlfriend: So if he is a hetero, is he dating anyone at the moment? Does he have a girlfriend in 2014? Yup! He is dating girlfriend Harriet Payne.